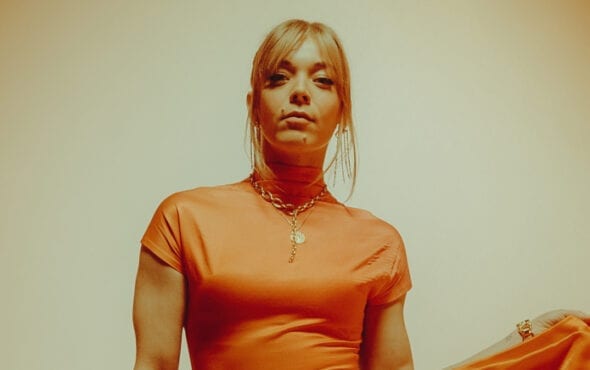 “Queer seems to be the most fitting identity for who I am.”

Becky Hill has revealed that she identifies with the term ‘queer’.

The British singer, who rose to fame as a contestant on the first ever season of The Voice UK, spoke about her sexuality on Twitter after a fan asked if she’s “come out yet” because the LGBTQ+ community are “waiting to welcome you”.

In response, Becky said she’s still not “100%” and is still “figuring” herself out, but added that queer is a term that she resonates with.

“I *think* I’m queer! I’ve definitely felt uncomfortable branding myself as straight, or anything else for that matter, but queer seems to be the most fitting identity for who I am,” she admitted.

After the same fan welcomed Becky to the LGBTQ+ community and told her that she’s been an “example” to all her fans “without even knowing it,” she said she’s tried to be as authentic as possible throughout her career.

“This is absolutely lovely, thank you so much! Only ever been myself and hoping everyone else feels they can do the same! The warmest of welcomes! I’m not just a visitor anymore!” she wrote.

Since her time on The Voice, Becky has released a string of successful pop anthems including Gecko (Overdrive) with Oliver Heldens, in which she made history as the first (and only) contestant to hit number one in the UK.

Other top 20 singles include Afterglow (with Wilkinson), Back & Forth (with MK and Jonas Blue), Wish You Well (with Sigala), Lose Control (with Meduza and Goodboys), Better Off Without You (with Shift K3Y) and Heaven On My Mind (with Sigala).

Becky has also received acclaim as a songwriter, having written for artists such as Bondax, KStewart, Lindsey Stirling, MNEK, Jax Jones and MistaJam.

Her debut album is expected to be released later this year. The latest single from the album, Last Time, is now available on iTunes and streaming services.

Listen here on Apple Music and watch the music video below.