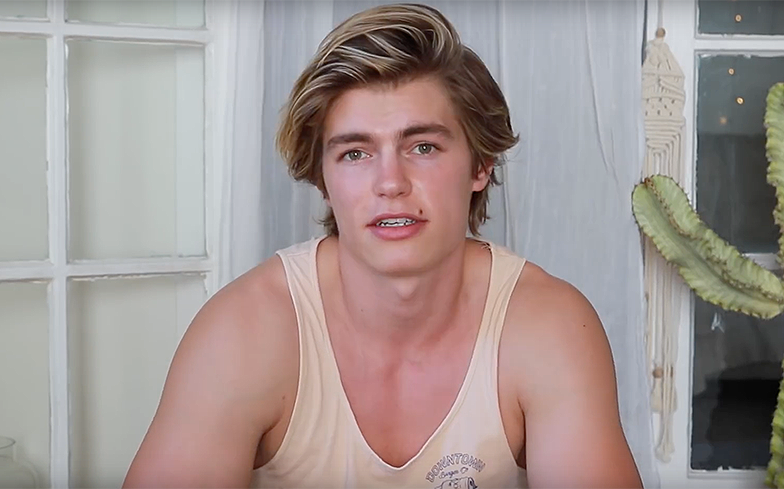 British actor and model Zander Hodgson has come out as gay in a heartfelt video on his YouTube channel.

“I brought you guys here to talk about something really important to me,” he addresses fans at the start of the clip. “It’s been something that I’ve wanted to share with everyone for a while now, but it’s been one thing after the other that has got in the way of me being able to speak up about it.

“This is something that I thought was important to do for my own growth, for myself, to be unashamed, to connect to others, to connect to you more. I wanted to tell everyone that I am gay, and although that doesn’t change anything for me, and hopefully not for you, I just thought it was a really important thing to share with everyone.”

Zander continues: “Although sexuality is a small part of someone, if you shut it off, then you don’t allow yourself to be fully known. If you shut off one thing of yourself, then you shut off so many other things.

“I wanted to do this video as well, because when I think about all the kids out there that are being bullied, or are really struggling with their sexuality, even teenage or adults, I just want you to know that you are not alone.”

Another reason that’s held Zander back is the acting industry, which he claims “isn’t very welcoming” for gay men.

“There aren’t many gay actors out there in my age range that I feel I can relate to. I don’t think there are many opportunities out there for gay men to play straight roles.

“While I love watching gay films about gay relationships, where straight actors have taken on the role, I’m also questioning more and more why is a straight actor in that role when there are so many gay actors out there?”

The model also opens up about coming out to his family, which he says was difficult because he comes from a small town and religious household. “Luckily, most of my family have just accepted it and love me regardless.”