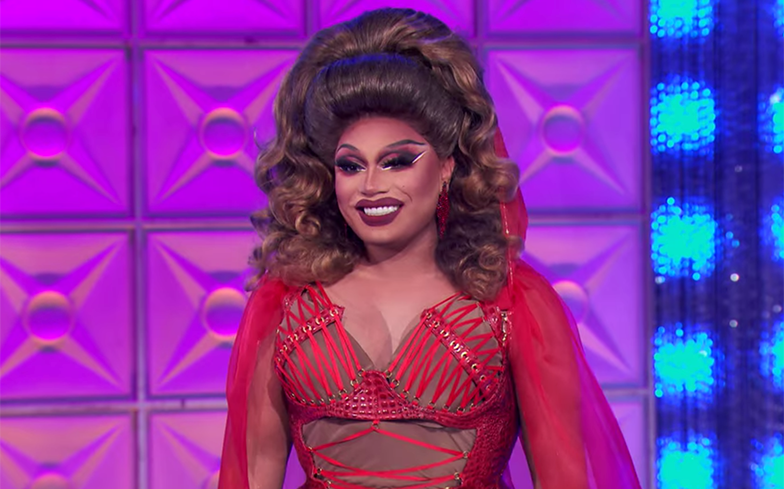 “I definitely let my sadness and insecurity get the best of me.”

Brita has issued an apology for her actions in RuPaul’s Drag Race Untucked.

In this week’s episode, the NYC-based performer found herself in the bottom for the second consecutive week due to her performance in the longest-running drag queen medical drama in HERstory: Gay’s Anatomy.

Following her critiques on the runway, Brita expressed that one of her fellow queens should’ve been there instead of her.

“It sucks being up there with your sisters to say who’s gonna go home when you think someone else, in this room who is safe, should be going home instead,” Brita told the remaining season 12 contestants in Untucked.

After being asked who she was referring to, Brita went on to say: “Aiden. Initially when I came into this competition, I said that I was not going to compare myself to anybody, because I am only in a competition with myself.

“But that ain’t true, sis. This is a competition, and I am working so hard and I’m really giving everything that I have to do this, and I do not think that Aiden should have been safe. In this last challenge, again, I felt like I was carrying you.”

Aiden then defended herself against Brita, and later Nicky Doll and Jaida Essence Hall, pointing out that since she sashayed into the werkroom, she’s had “pretty much everybody in this goddamn place coming for me.”

Although fans were living for the drama, many were quick to defend Aiden.

“This Aiden vs. Everyone bullshit in untucked is making me mad,” tweeted one fan, while another wrote: “If Aiden doesn’t get at least one apology from the girls by the finale, this cast is a disgrace.”

“I feel good about what I did in the challenge and I stand by my look on the runway; however, it is obviously not okay to bring one of my sisters down just because I was feeling a certain way,” she wrote in a statement.

“I definitely let my sadness and insecurity get the best of me, and instead of embracing my faults, I tried to hide it with overconfidence and aggressiveness. By the way, Aiden Zhane and I are friends, but at least you can’t say this season is boring.”

Jackie Cox also agreed that the queens were “coming down too hard” on Aiden.

“We love her AND her drag. In that moment a lot of feelings were flaring up, since then we’ve had time to grow closer as sisters which we hadn’t yet during filming,” she wrote in her own statement on Twitter.

If you’re one of the Drag Race fans who feel the need to direct hate towards queens because of their behaviour on the show, remember: this was filmed months ago. Be kind. If you have something negative to say: don’t. Log off.