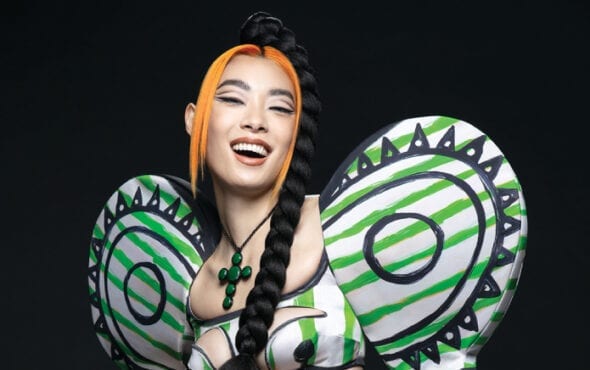 Following changes to their rules, non-British artists will now be eligible for two of the UK’s most prestigious awards: the Brits and the Mercury Prize.

In 2020, Rina Sawayama revealed that her self-titled debut album wasn’t eligible for the two aforementioned music ceremonies due to her indefinite leave to remain visa, even though she’s lived in Britain for the past 26 years.

The terms and conditions for the Mercury Prize and the BRITs stated that solo artists must have British or Irish nationality to enter the competition, and part of the process involves sending official documentation of your citizenship to the organisers.

“It was so heartbreaking,” Rina said of the moment she found out. “I rarely get upset to the level where I cry. And I cried.”

At the time, Rina’s label Dirty Hit explained her situation to the organisers, but received a “curt” email informing them that the rules wouldn’t be changed.

“All I remember is living here,” added Rina. “I went to summer school in Japan, and that’s literally it. But I feel like I’ve contributed to the UK in a way that I think is worthy of being celebrated, or at least being eligible to be celebrated.”

Rina’s supporters subsequently rallied behind the star with the use of the hashtag #SAWAYAMAISBRITISH, which became the number one trending topic in the UK.

Following widespread backlash, the British Phonographic Industry (BPI), organisers of both ceremonies, announced an update to their outdated rules this week.

The new guidelines state that artists will be eligible for the BRIT Awards and the Mercury Prize if they meet one of three criteria: being born in the UK, holding a British passport or having been a permanent resident for more than five years.

Rina thanked her social media followers for sharing the “#SAWAYAMAISBRITISH campaign worldwide and igniting this important conversation about Britishness.”

“Without your collective voice this wouldn’t have happened,” she wrote.

“In my 26th year of living in the UK I’m so proud that I can help make this systemic change for future generations, so that in years to come we can see a more diverse definition of British musical excellence.

“The idea that my music can be part of that is unbelievably exciting.”

You can read Rina’s statement in full below.