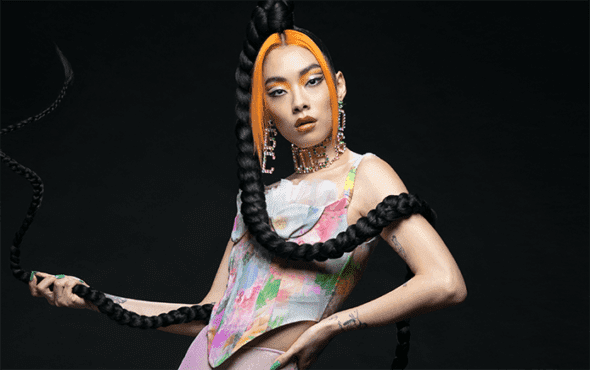 Accompanied by a full band and backing singers, the Rising Star nominee takes to the stage to flawlessly perform her hit single XS.

Speaking on the Rising Star nomination Rina says: “I literally fell to the floor when I found out that I’d been nominated for Rising Star.

“I really can’t put into words how much this means to me given that I wasn’t eligible for this award a few weeks ago and now that door has been opened for future generations of artists like myself. Thank you so much to everyone who voted for me, it means the world.”

Rina Sawayama, Griff, and Pa Salieu have been nominated for the rising star prize at the 2021 BRIT Awards.

The prize, formerly called the critics choice award, has previously gone to the likes of Adele, Celeste and Jorja Smith.

Sawayama was previously ineligible for a nomination as the British-Japanese singer didn’t hold a British passport or dual citizenship. However, the artist persuaded the board to change its rules last month.

New rules were newly announced which allowed any artist who has been a UK resident for more than five years to qualify for the main prizes.

You can watch Rina Sawayama’s performance of XS here or below: