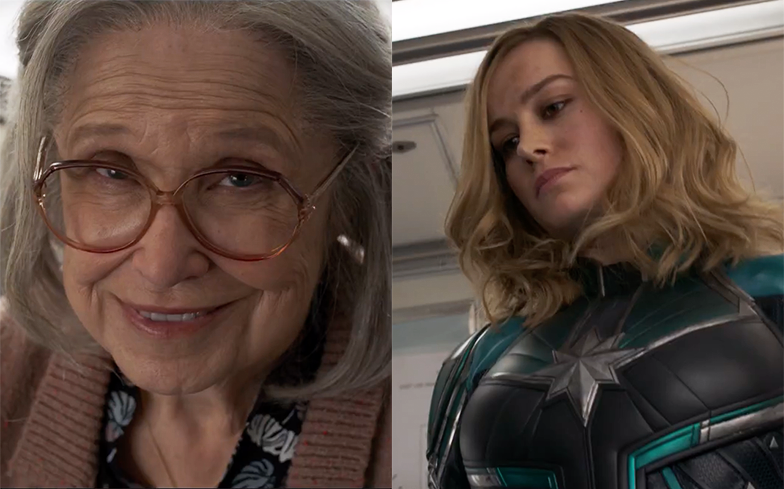 Set in the 90s, Captain Marvel follows former US Air Force pilot Carol Danvers, who becomes one of the galaxy’s mightiest heroes after her DNA is fused with Kree, which imbues her with superhuman strength, energy projection, and flight.

She subsequently joins Kree miltary team Starforce, and returns to Earth when it’s caught in the centre of an intergalactic conflict between two alien worlds.

Brie Larson – who won the Academy Award for Best Actress for her performance in Room – plays the titular character.

In the trailer, Captain Marvel crashes into a Blockbuster (very 90s), punches a pensioner (Skrull?) and explores space.

Check it out below.