Bridgerton star hopes gay actors will “play their own experience” 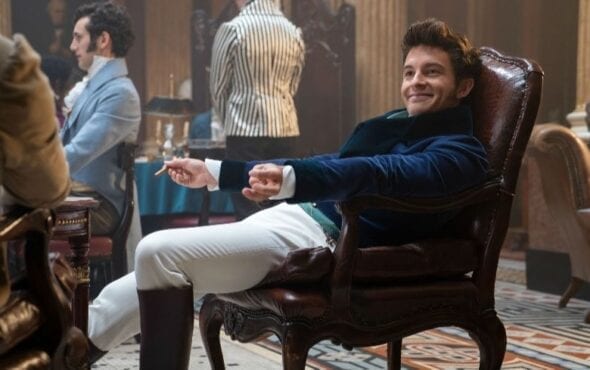 The actor also reflected on why straight actors may play LGBTQ+ roles.

Bridgerton star Jonny Bailey has shared his hopes that more gay actors will be able to “play their own experience.” He made the comments in an interview with Digital Spy ahead of the premiere of Bridgerton on Netflix on Christmas Day.

Bailey is playing Anthony Bridgerton, a straight character, in the upcoming period drama and addressed the possible double standard within Hollywood.

“I think it shouldn’t matter at all what character people play, but of course there is a narrative that’s very clear, that openly gay men aren’t playing straight in leading roles,” he explained.

Jonny also shared his theory for why some straight actors opt to play LGBTQ+ roles, saying: “And also, there’s a reason why gay characters are so interesting. Because much like the women in Bridgerton, there are a lot of hurdles and there’s a lot of self-growth, and there’s a real strength to gay men.”

He added: “So the fact that a lot of straight men have gone on to play iconic gay roles and to be lauded for that is fantastic, that that story is being told.

“But wouldn’t it be brilliant to see gay men play their own experience?”

Bridgerton is based on Julia Quinn’s best-selling novels, and follows the privileged and respected family of the same name in Regency-era London as their eldest daughter, Daphne (Phoebe Dynevor), attempts to find a suitor.

The official synopsis reads: “From the glittering ballrooms of Mayfair to the aristocratic palaces of Park Lane and beyond, the series unveils a seductive, sumptuous world replete with intricate rules and dramatic power struggles, where no one is truly ever on steady ground.

“At the heart of the show is the powerful Bridgerton family. Comprising eight close-knit siblings, this funny, witty, daring and clever group must navigate the upper ten thousand’s marriage mart in search of romance, adventure and love.”

Thanks to Shonda Rimes and her Grey’s Anatomy screenwriter, Chris Van Dusen, Bridgerton boasts a diverse cast for a period drama. This is reflected in the trailer, which also teases a forbidden LGBTQ+ romance.