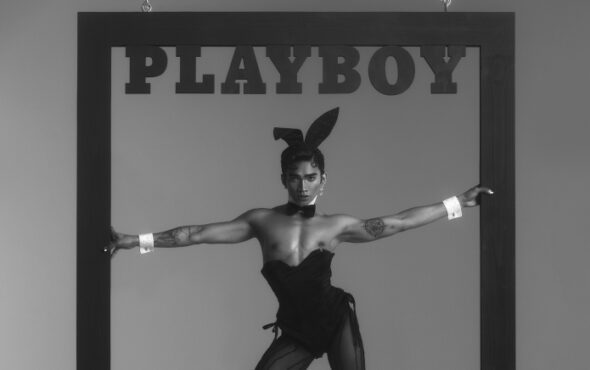 Playboy magazine has made history by featuring its first out gay man on the digital cover of its October issue.

Bretman Rock, a social media influencer, is dressed as the infamous Playboy bunny on the magazine’s cover.

He wears lingerie and a pair of platform-heeled boots as he poses in a large metal frame.

The 23-year-old said: “For Playboy to have a male on the cover is a huge deal for the LGBT community, for my brown people community and it’s all so surreal.

The likes of Kate Moss, Dolly Parton and Kylie Jenner have all previously donned the bunny outfit for the iconic magazine’s cover.

Rock is best known for being a beauty influencer on YouTube who also appeared in MTV Following: Bretman Rock – a reality show about his life.

He shared his cover on social media where he has over 5.7 million Twitter followers and 17.7 million on Instagram.

“I’m a BUNNY duh !! @playboy to kick off spooky szn,” Rock wrote on the latter.

Rock makes history as the first openly gay man to appear alone on the cover of Playboy, with Hugh Heffner and Bad Bunny both previously being featured.

The magazine went digital at the height of the COVID-19 pandemic, something which it intended to do at a later date but decided to bring forward.