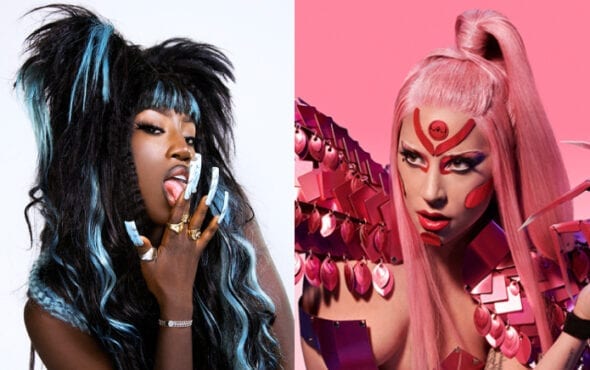 Emerging UK popstar Bree Runway is headed to the world of Chromatica with her forthcoming collaboration.

During an appearance on The Jonathan Ross Show on ITV1, the ATM singer revealed that she will be featured on Lady Gaga’s Chromatica remix album.

“I’m going to be on Lady Gaga’s album… I love her. I’ve now got a great relationship with her producer,” she exclaimed.

“He put out a tweet teasing the album and I text him and I was like, ‘Why you teasing this album and I’m not part of it..?’ He said, ‘Check your texts, I text you three weeks ago…’ It’s in motion now.”

The GUCCI artist joins the growing list of talent that will be featured on the highly-anticipated record.

At this year’s BRIT Awards, Rina Sawayama teased a collaboration with the Bad Romance singer.

“Well, the wish is on the internet, and I’ve done my bit, let’s just say that,” replied Sawayama. “It’s in the works and it’s a song that was hard to sing with my new braces.”

After the interviewer guessed it was for the song Alice, she admitted, “My s’s are actually fine. It’s my f’s that are a little bit weird,” which prompted the self-professed Gaga stan to conclude that she recorded vocals for Free Woman.

BloodPop, the producer behind Chromatica tracks Stupid Love, Sour Candy (with BLACKPINK), Sine From Above (with Elton John) and the aforementioned Free Woman, teased a remix album in April after asking fans which artists should be involved.

He later confirmed that GAY TIMES cover star Dorian Electra is on the album.

Charli XCX has also been confirmed to make an appearance on the record.

Earlier this month the Vroom Vroom artist tweeted: “The creation process has begun.” Bloodpop further confirmed her collaboration when he asked her “how’s that remix coming?”

Chromatica was released in 2020 to universal critical acclaim. It spawned three singles: Stupid Love, 911 and Rain On Me (with Ariana Grande), the latter of which topped the charts in several countries including the US and UK.

Rain On Me also won the Grammy Award for Best Pop Duo/Group Performance, becoming Grande’s second and Gaga’s 12th win at the ceremony

Watch Lady Gaga’s latest film for her hit single 911 below and on Apple Music.