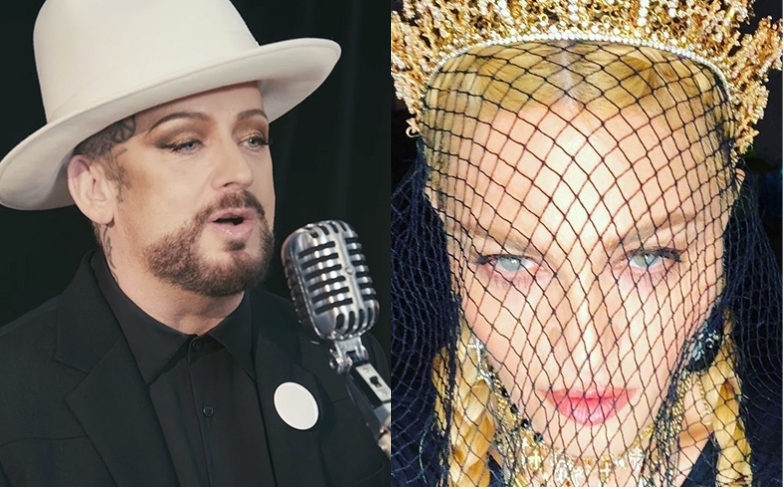 The singer made the comments despite previous calling Madonna “vile” in previous remarks.

It seems that any feud between Boy George and Madonna has now gone away. Speaking on a podcast on Nova’s Fitzy and Wippa’s radio show, George joked that Madonna “hated” him.

He then added: “‘I don’t know [why], there’s so many reasons.” George later backtracked on this, saying: “I don’t know if she [really] hates me anymore.”

He then admitted that he’d “always been a secret Madonna fan, really. I’ve got quite a few of her records. We just never ever kind of managed to meet, it’s the weirdest thing.”

These comments are a far cry from 2006, when Boy George said on Madonna: “I just think she’s a vile, hideous, horrible human being with no redeeming qualities. There’s nothing nice about her. I’ve never heard anyone say anything nice about her at all.”

This isn’t the first feud that Boy George has directly addressed. Last year, the Karma Chameleon singer addressed his feud with George Michael during the 1980s.

Speaking on Bravo’s Watch What Happens Live he said: “It wasn’t really a feud. In the 80s, everyone — Pete Burns, me, we all used to like, be really bitchy about each other. It’s like the thing that you did in the 80s in those pop magazines.”

“Nowadays it’s a bit more respectful but in the 80s, you just said vile things about everyone.”