Botticelli in the Fire an audacious queering of Renaissance art – review 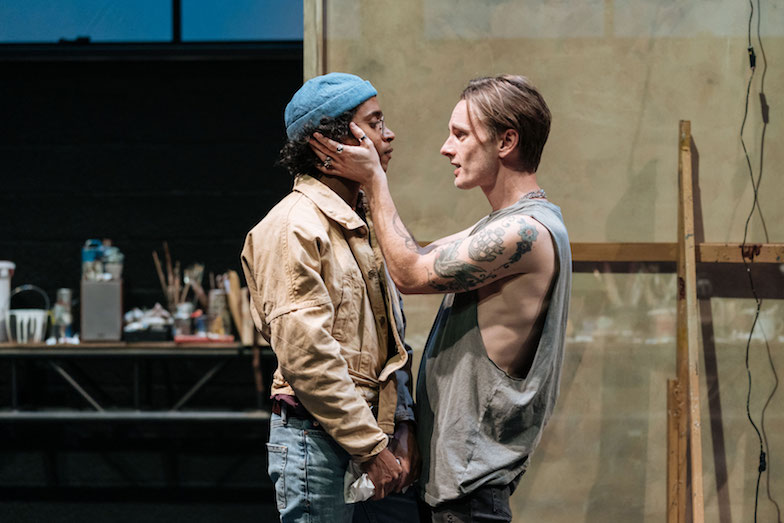 Describing itself as a “hot-blooded queering of Renaissance Italy”, Botticelli in the Fire has a lot to live up to. It tells a series of events which unfolded in Florence during the late 15th century, but the setting has been modernised to include contemporary clothing and smartphones (although, confusingly, not a functional sewage system). It focuses on Sandro Botticelli’s life at the time he has been commissioned to paint his most famous work, The Birth of Venus. With his talent, fame and good looks he lives something of a playboy lifestyle, but finds himself rapidly spinning out of control.

It’s an audacious queering of the Renaissance artist’s life. Dickie Beau is wonderfully flamboyant in the title role, directly addressing the audience at the start of the show to promise that it won’t be yet another tortured fag-artist sob story – before correcting himself to advise that is precisely what the play will be. Having courted the attention of nobility – the Medici – he rapidly ends up in a complex love triangle involving the Medici’s wife and his then-unknown new apprentice, Leonardo da Vinci.

It has a great sense of humour – the script is peppered with lots of genuinely very funny punchlines. There are some impressive set-pieces, too – we adored a highly stylised choreographed number set to the tune of the distinctly-not-15th-century Work Bitch by Britney Spears (with some epic lip syncing by the brilliant Sirine Saba). Another is a squash game between Lorenzo de Medici and Botticelli, where actually very little is happening on-stage – it’s all created by the magic of Christopher Shutt’s sound design and it’s extremely effective.

Not everything works well, however. It simply doesn’t feel as slick as it should – we noted quite a number of pregnant pauses throughout. Much of the dialogue would have benefited from snappier exchanges. On a similar theme, while we enjoyed the effect of the squash game, the sequence went on longer than necessary before the two men got to their discussion. We also thought the romantic focus didn’t feel quite right – the first act dwells for a long time on the straight sex scene and noticeably less on the gay one, even though Botticelli is supposedly more interested in his apprentice.

Ultimately we were left with the impression that the various ideas at the play’s heart didn’t come together as they should. Botticelli’s gay romance doesn’t sit all that convincingly next to his straight one; the mish-mash of 15th century and modern day sometimes works but often is a bit of a stretch; the surreal moments are enjoyable but too rare and we’d have liked more. Sadly Botticelli in the Fire never seems to add up to more than the sum of its parts, resulting in a production which is perfectly enjoyable but no masterpiece.