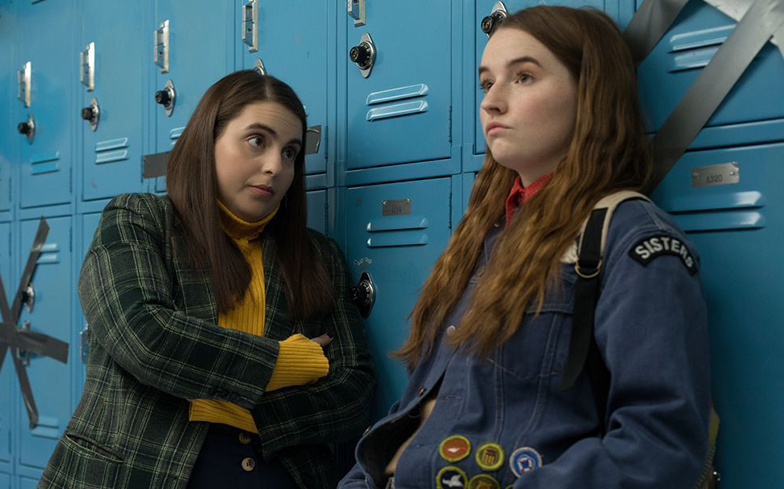 “We’re on the case to get this rectified.”

The cast and crew of Booksmart have reacted with shock after multiple airlines removed the film’s LGBTQ content.

Directed by Olivia Wilde, the coming-of-age comedy-drama stars Beanie Feldstein (Molly) and Kaitlyn Dever (Amy) as two upstanding, graduating high school girls who scheme to break the rules and party on their last day of class.

The latter half of the film features a sex scene with openly gay character Amy and Hope (Diana Silvers). These scenes were cut by several airlines such as Delta, Etihad Airways and Emirates, although they left the heterosexual romance intact.

Speaking to Variety, Wilde said: “I don’t understand it, if it’s not X rated, surely it’s acceptable on an airplane. There’s insane violence of bodies being ripped in half and yet a love scene between two women is censored from the film.

“It’s such an integral part of the character’s journey. My heart just broke. I don’t understand it. It’s confusing.”

Feldstein also told the publication: “We’re on the case to get this rectified. Our movie is a beautiful representation of the queer experience as young people. I’m a queer person. So we’re getting to the bottom of it.”

Dever was unaware of the censorship until she was made aware by Variety. After being told the news, she appeared in disbelief, saying: “It’s ridiculous. I don’t even know what to say to that. I’m shocked. That makes me so mad.”

The film is now available in the UK on digital services and DVD/Blu-Ray – watch the trailer below.