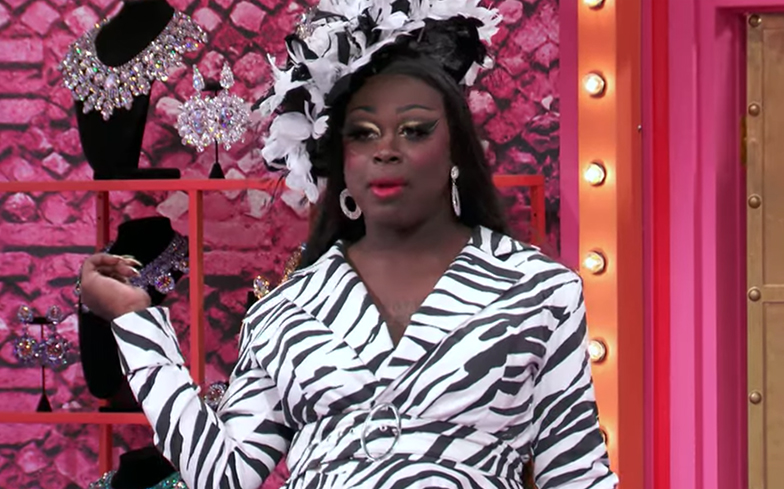 Bob the Drag Queen isn’t here for your tomfoolery.

It was just revealed that the season 8 winner will be making a second appearance on Secret Celebrity Drag Race this Friday, after mentoring comedian Jermaine Fowler in the spin-off show’s premiere episode last month.

While most of us are more than happy to see Bob on our screens again, some Drag Race ‘fans’ took to social media to criticise the show for bringing her back again instead of asking a different queen who hadn’t yet made an appearance.

“So many drag queens from early seasons and even new seasons that we wanted to see and you put Bob again?” tweeted one viewer.

Responding to the criticism, Bob replied: “If I had to guess i would assume they chose me for snatch game because i won my season, and they chose me for The Roast because I am a professional comedian. Just a guess though.”

Many fans came to Bob’s defence, however, with one praising her as “one of the most versatile and talented queens period” and others questioning whether people would be complaining this much if a white queen returned for a second time.

“The Drag Race fans are complaining about a person of color on their screens?” added Bob. “I can’t believe they took a break from bullying Brita to come over and give me some attention.”

Fellow Drag Race champion Aquaria joined in the conversation to highlight the hypocrisy of the show’s fans spreading hate about queens when RuPaul constantly pushes the “everybody say love” message.

“Really blows my mind how people can continue to spew hate… let alone to one of the most kind, hilarious, perfected, well-rounded entertainers from this show,” she tweeted.

“Really hurts to see this show garner such a hateful and racist fanbase despite the message of inclusivity we preach.”

Negative attitudes and racist remarks towards Black queens who’ve appeared on Drag Race is something that continues to be a serious issue among fans.

Several queens including Asia O’Hara, The Vixen and Silky Nutmeg Ganache have spoken about death threats they’ve received since being on the show.