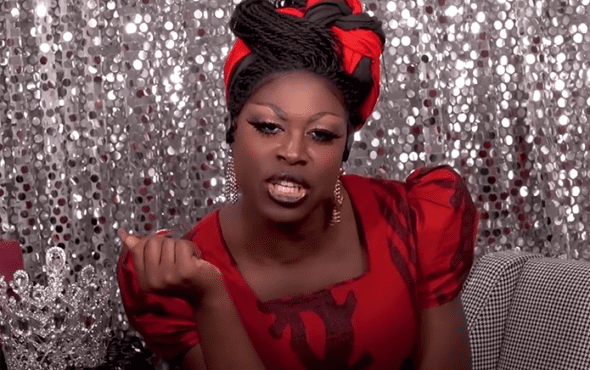 “This is proof that Bob would win a winners season.”

Bob the Drag Queen has left fans slain with her own rap verse for RuPaul’s dance-pop anthem, Clap Back.

As host of the Pit Stop, the legendary season eight winner has been spilling the T on the most recent season of RuPaul’s Drag Race All Stars with past winners from the franchise.

For the final episode of the series, Bob recruited the one and only Jaida Essence Hall, who memorably triumphed over Gigi Goode and Crystal Methyd to the crown on season 12 earlier this year.

At the end of the episode, Bob proved her skills as a rapstress as she served her own gag-worthy verse for the track, in which she recalls how she “went from rags to riches by straight gagging bitches” and references her iconic “purse first” moment from her season. Suffice to say, fans were gooped.

“Bars for days! I need Bob to drop a new single,” said one viewer, while another wrote: “This is proof that Bob would win a winners season.”

Watch Bob the Drag Queen obliterate her own Clap Back verse below at the 26:45 mark.

The six-part series, which follows Bob, Eureka and Shangela as they sashay around the United States to recruit small-town residents to participate in drag shows, was nominated for Outstanding Unstructured Reality Program.

We’re Here has already been renewed for a second season. Nina Rosenstein, executive vice president of HBO Programming, said the acclaimed series has resonated with viewers “in ways we had hoped for but couldn’t really have anticipated.”

“The stories of our small-town drag daughters created an incredibly positive communal experience,” she said. “We can’t wait for Bob, Shangela and Eureka to continue their journey helping others find their voice.”

As well as starring in the series, Bob, Eureka and Shangela serve as consulting producers alongside executive producers Stephen Warren and Johnnie Ingram, Peter LoGreco, Eli Holzman and Aaron Saidman.

We recently caught up with Bob to discuss the groundbreaking new series, her hilarious new comedy special and how voicing support for the Black Lives Matter movement can inflict real change.