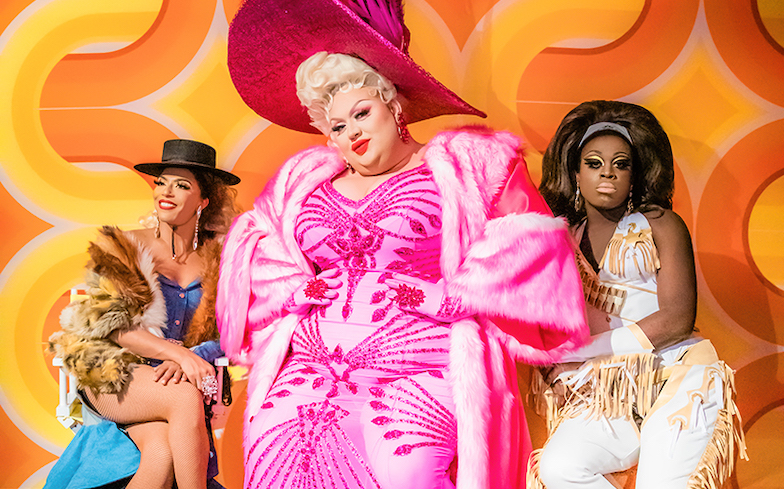 Condragulations are in order for Bob the Drag Queen, Eureka O’Hara and Shangela.

Their HBO series, We’re Here, has been renewed for a second run, less than 24 hours after the season one finale.

Nina Rosenstein, executive vice president of HBO Programming, said the widely acclaimed six-part documentary series has resonated with viewers “in ways we had hoped for but couldn’t really have anticipated.”

“The stories of our small-town drag daughters created an incredibly positive communal experience. We can’t wait for Bob, Shangela and Eureka to continue their journey helping others find their voice,” she said.

We’re Here follows the three legendary Drag Race icons as they “inspire and teach their own drag daughters to step outside their comfort zone” whilst travelling across the United States and empowering local communities.

As well as starring in the series, Bob, Eureka and Shangela serve as consulting producers alongside executive producers Stephen Warren and Johnnie Ingram, Peter LoGreco, Eli Holzman and Aaron Saidman.

When we spoke to Shangela earlier this year for GAY TIMES Amplify, she praised HBO for providing drag queens of colour with a platform: “It’s very important to see that visibility and to know that there is room at the top for everyone.

“Hopefully it will inspire other drag queens of colour and people of colour to go after what they want in the world and chase their dream; not let the colour of their skin hold them back from really pursuing it to the best of the abilities.”

We’re Here is available to stream now on HBO GO, HBO NOW, and on HBO via HBO Max and other partners’ platforms.