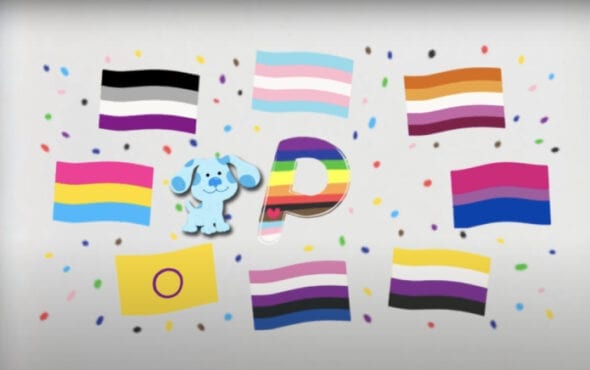 We stan the LGBTQ+ inclusion!

The new video is part of the new rendition of the classic series titled Blues Clues & You.

In the visual, the two singers list every letter in the alphabet while associating them with activities, people, or magical creatures.

When they reach the letter P the voiceover actors sing: ” And P is full of Pride” while displaying the 9 flags.

This isn’t the first time Nickelodeon showcased their support for the LGBTQ+ community.

Last year, the network took to their Twitter account celebrating Pride month, stating: “Celebrating #Pride with the LGBTQ+ community and their allies this month and every month.”

Celebrating #Pride with the LGBTQ+ community and their allies this month and every month 🌈 ⁣
(🎨: by @ramzymasri) pic.twitter.com/pENmTaQB0h

The tweet featured Korra from The Legend of Korra, who is bisexual, and actor Michael D. Cohen, who plays Schwoz Schwartz in Henry Danger, who is trans, alongside a rainbow-coloured Spongebob, designed by artist Ramzy Masri.

You can watch the educational video on Nickelodeons YouTube channel or below.