Blair St. Clair opens up about sexual assault on this week’s Drag Race 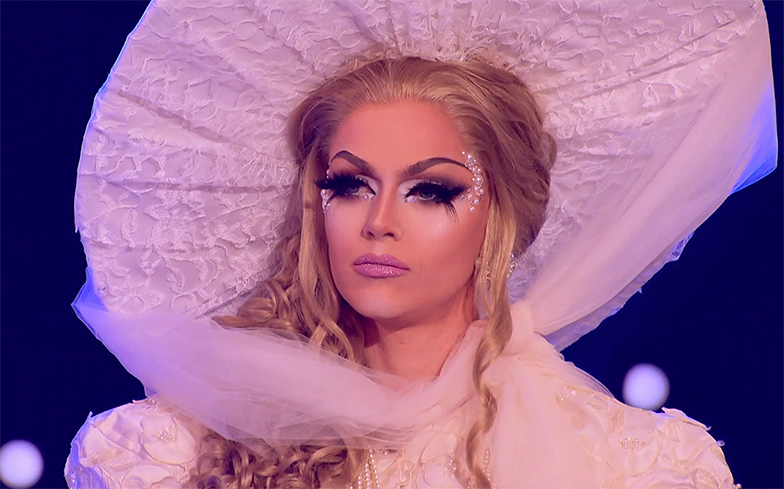 “I’ve come from some really dark moments in my life, and I want to lighten them up and become more positive.”

Blair St. Clair’s heartbreaking revelation on the Drag Race runway this week has been universally praised by fans for opening up a discussion about sexual assault.

After receiving negative critiques from the judging panel, in which they described the Chicago based queen as too “sweet”, Blair revealed that her positive exterior is the result of a traumatic past.

“I’ve come from some really dark moments in my life, and I want to lighten them up and become more positive,” she admitted.

“I’m urged to find the daintiness because I feel dirty at times. My first sexual experience — I was raped at a college party, and from that I’ve looked to find pretty things. It’s something I need to get over, but I’ve tried to turn positive the best I can.”

RuPaul thanked Blair for being so candid, and declared: “We love you Blair, we are family, and I’m actually very proud of you for being so vulnerable.”

Blair received solidarity from her sisters, Miz Cracker and The Vixen, the latter of which joked: “I’m very shaken, and I can’t wait to find that motherfucker. I love you.”

Read the reactions from Drag Race fans (and queens) below:

Let it be known @BlairStClair is my sister for life. And no TV show can change that.

The best thing I gained from Drag Race was @BlairStClair’s friendship. Shantay, you stay. #blairsthair

@BlairStClair I just have to remind you that you are incredible. ❤️

@BlairStClair congratulations on being a brave, beautiful, fierce queen 👑 you are a star 🌟 and now I'm gonna listen to this tune on repeat all day! #idodeclare #blairstclair #dragrace pic.twitter.com/IYAowqxAJu

Dear @BlairStClair, thank you for sharing your story. ❤️ pic.twitter.com/eUz2ERa6Qw

@BlairStClair story was so touching to hear and powerful and honestly inspires me so much, having something like that burden you is so hard but sharing it is so much harder. Much love ♥️

In actual tears at this week’s Drag Race episode. @BlairStClair you’re a strong, inspirational, talented queen. Well done for being brave enough to share your story so openly & publicly. 💜

In tears hearing what @BlairStClair said she went through on this week's Drag Race. You are so strong Blair & defo bring light into people's lives! ❤

@BlairStClair after tonight’s episode I just wanted to say how proud of you I am for speaking about what happened to you. I’m a sexual abuse survivor too and I hope that this is a step in your healing journey. If you ever want to talk in confidence I’m here 💕

In this week’s episode, the queens teamed up in groups of three to create and produce panels for RuPaul’s Drag Con on hair, face, and body. Oh, and it was in front of an entire live audience!

The sixth episode of RuPaul’s Drag Race season 10 is now available to stream on UK Netflix.