Blair St. Clair on phase two of her career and why she won’t hold back on Drag Race All Stars 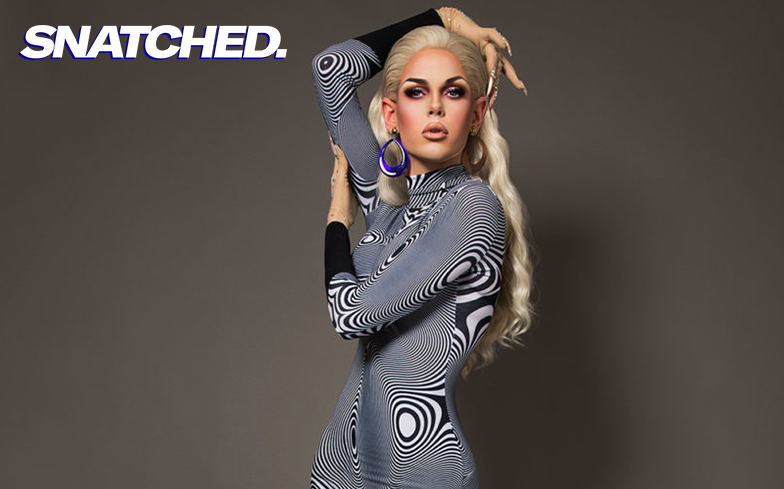 “I would be very outspoken and not keep any of my opinions to myself.”

Ever since her stint on the tenth season of RuPaul’s Drag Race, Blair St. Clair has made her mark on the entertaintment industry with several, gag-worthy dance anthems such as Now or Never, Call My Life and Irresistible. Her debut album subsequently received universal acclaim, and became the first album from a Drag Race alumni to top a Billboard chart.

This year, Blair will be making her debut at DragWorld UK and will be adventuring further into the mainstream, with scheduled appearances in various television shows and films. She’s also set to release her sophomore album, which she says will be a hybrid of music from stars like Ariana Grande, Troye Sivan and Demi Lovato (!).

In celebration of her fantastic year, we caught up with the star and discussed the new phase in her drag career, new music, and what we can expect from her inevitable appearance on a future season of All Stars…

Hi Blair! Are you excited to make your DragWorld UK debut this year?
Absolutely! I’m so excited. Us queens perform so often, especially in the United States, but when we come over to the UK, it’s such a different vibe! So I’m really excited for DragWorld especially. I’m so surprised when UK fans, any fans, are so passionate about the show. It’s shocking sometimes how attached the fans get.

Yeah you’ve been quite outspoken on Twitter about how passionate fans can be. Why do you think they can be hateful at times?
I don’t know. I can’t speak for everyone, but I think sometimes fans are really trying to make a connection with somebody. Usually I don’t look at negative comments, I don’t read that stuff and pass by it, but there was one time where I commented back and said, ‘Let it go.’ And the fan said, ‘Oh, I just wanted to say something mean because I knew you’d probably respond to it.’ That’s when I realised that fans just want a response.

How do you bounce back after a negative comment?
I stop, I pause, and I ask myself two questions: does it really matter now, and is it gonna matter in a few weeks from now? And if the answer is no to at least one of those questions, then I usually try to move on, or I’ll call my boyfriend, my mom, a friend of mine and be like, ‘Hey, this is bothering me, talk me off the ledge.’ And usually I’ll let it go right away.

Some of the looks you’ve been serving post-show are sickening – would you say you’re in a new phase of your drag career?
Thank you! I really appreciate you saying that. I definitely think that Drag Race was phase one of my career, and now I’ve entered in phase two. I feel like I’m about to go into phase three! Phase one, I was really discovering who I was as an artist, really discovering who I was as a person. After that, with phase two I was really experimenting and trying to find more understanding of who I am, where I want to go with my drag, where I want to go with my career – my life! Now that I’ve answered all of those questions – of course I’m still searching – I have discovered there are different areas that I want to cover, and I’ve been working really hard developing myself as a musical artist, and in theatre. I’ve been working diligently as an actor and trying to get in tune with the Blair St. Clair that I’ve always wanted to be.

Season 10 Blair was very 40s glam, now it feels like you’re a certified pop princess.
Yeah! I think the best way to describe it is like the Ariana Grande glow-up from Disney Channel to pop princess. I’ve grown up in the media. When you look at people like Taylor Swift and Demi Lovato, people who started off young and cute and sweet, and with time, they grew up. You learn more and experience more with time, and you start to grow up and form different opinions. With all of those things that I’ve experienced in a short span of time, a year, I’ve really just changed a lot.

Do you think we can expect to see the new Blair St. Clair on All Stars?
That’s something I would really have to think about, because going back onto a reality television show is a lot of work. But I can say that if I were to ever do that, I would enjoy every experience. I would have so much fun, I would be very outspoken and not keep any of my opinions to myself, and I would serve many many sickening looks.

If you did appear, would you like to see the format switched up a bit or would you be comfortable eliminating your fellow queens?
Oh yeah, I would be very comfortable. I think in season 10, I was a little bit more unsure of myself, and now, if I were to go back and be on another season, I would be very ready. But I would love to see a little change in the show, absolutely. I wish that the bottom two queens would lip sync for their life, just like how they do in the regular seasons. Or, I would love another twist to make it more interesting for the viewers. Fans were particularly outspoken last season with the format, especially because Manila, who was the frontrunner, was eliminated on her first time in the bottom…
Right? It’s also difficult because people really predict how they think the show is gonna go over, based on how people did on their previous seasons, and I don’t really think that has anything to do with it.

Like Monet X Change, who came sixth in her original season and then won the whole thing.
Exactly. That can definitely happen. When people ask me if I would do an All Stars season, I answer with, ‘I don’t know, is the All Stars title still have dignity to it?’ With All Stars 4, getting two people as the winner, I ask, ‘Does that make the end result a little bit less special?’

Why do you think they ended up crowning two queens?
I think they were looking for something different, they’ve never crowned two people before. Both Monet and Trinity are both very deserving, I really believe that. If they just wanted to choose one, they could, but I think they were trying to open up more opportunities. With two people, there’s so much work that can be done, in raising awareness and shining with that title.

Now onto your music: your debut album was incredible – did you expect such a positive reaction from fans?
Thank you! To be honest, I was shocked with the reaction I got because I wasn’t thinking about the album, I wasn’t thinking about, ‘Oh I hope this sells well and I hope people enjoy it.’ I really was just using it as a bit of therapy after being on Drag Race, and especially because of my elimination. It was my way of being like, ‘Hey, my entire life I felt like my voice was being suppressed, and now both metaphorically and literally, I wanna use my voice and my singing voice to share with the world.’ All of a sudden, that music that I created did very well. It was overwhelming, in a good way.

The videos were some of the best from any Drag Race alumni. Call My Life, Irresistible…
I’ll tell you, between you and I, that there is more music on the horizon! It’s coming sooner than you think. We’re not just talking about it, it’s being created as of now. If you thought Call My Life was good… This is next level, way larger than life! Larger than I even thought possible.

Okay, you’ve gotta spill some more T – what can we expect?
I try to tell people that if you can imagine Ariana Grande, Demi Lovato, Troye Sivan and Jess Glynne coming together and having a musical baby, that is definitely the vibe of this next project. When I first released music, it was more of a, ‘How can I get my songs out to the world?’ Especially out to gay clubs, because that’s where songs are heard most of the time, and that’s where the majority of the Drag Race audience is. A lot of that music was dancey, and this time around, it’s much more pop influenced. It’s what I wanted to do originally, but needed to find my way to be able to do.

And what else can we expect Blair St. Clair over the next year, other than DragWorld?
I’m working on a lot of projects right now that are really exciting. I’ve been taking a little less time away from travelling the road and more time investing in my career. You may see me in a TV show or two, you may see me in a movie or two, you may see me releasing more music and putting on a tour with that music. You may see possible work in theatre. I’m working on my brand, my career, and receiving as much mainstream attention as I can. It is so important to me to educate people and let them know that art is art, and art is not just subject to a gender or a construct of any sort. Art is genderless, orientation-less and needs to be celebrated.

Blair St. Clair will be at DragWorld UK this August! For your chance to meet her in person, make sure to buy your tickets here.