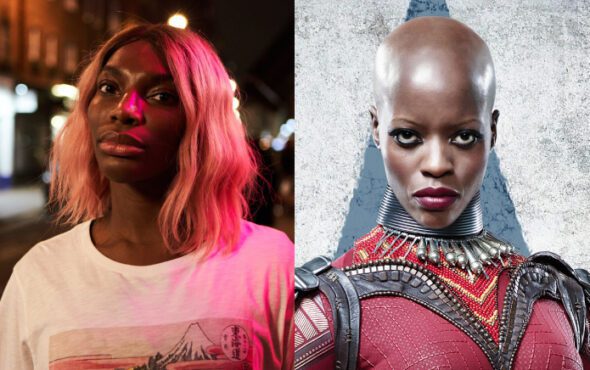 According to a leak from reliable insider Murphy’s Multiverse, I May Destroy You star Michaela Coel will play a character called Aneka, a former leader of the Dora Milaje; the team of elite warrior women sworn to protect Wakanda.

In the comics, Aneka is romantically involved with another member of the Dora Milaje, Ayo, who has been portrayed by Florence Kasumba in four MCU projects to date: Captain America: Civil War (2016), Black Panther (2018), Avengers: Infinity War (2018) and The Falcon and the Winter Soldier (2021).

Black Panther 2 is also rumoured to introduce legendary Marvel anti-hero, Namor the Sub-Mariner, who has faced off with Aneka and the Dora Milaje in the comics. All makes sense, right?

With Marvel executives living up to their previous commitment to diversify their heroes with the recent revelation that Asgardian trickster Loki identifies as bisexual, rumours such as these actually seem plausible.

The next MCU film, the Chloe Zhao-directed Eternals, will provide viewers with the MCU’s first openly gay male superhero in Brian Tyree Henry’s character Phastos. He will even have a husband, played by Haaz Sleiman.

Not only that, the upcoming third Thor sequel, Love and Thunder, will see the return of Tessa Thompson’s fan-favourite bisexual hero Valkyrie. As the new King of Asgard, the character will search for a queen to sit beside her on the throne.

At the Black Widow premiere in Hollywood, Marvel’s executive vice president of film production, Victoria Alonso, was asked if this was a sign of “queer things to come”.

She told Variety: “It takes time, we have so many stories that we can tell. We will empower those that are. We’re not changing anything. We’re just showing the world who these people are, who these characters are…

“There’s a lot that we have coming up that I think will be representative of the world of today. We’re not going to nail it in the first movie or the second movie or third movie, or the first show or second show, but we will do our best to consistently try to represent.”

Alonso also said the decision to honour Loki’s queerness from the comics on-screen wasn’t “a big deal” and “it is what it is when it suits the character”.

“We’re not going to do it because it’s politically correct or incorrect,” she added. “It is what it is. Don’t forget, we follow our comics. We try to follow them quite to the tee. So in the comics this is who he was.” Black Panther 2, subtitled Wakanda Forever, is scheduled to be released in the US on 8 July 2022.

It has been confirmed that Chadwick Boseman, who played the titular hero in Captain America: Civil War, Black Panther, Avengers: Infinity War and Avengers: Endgame, will not be recast. The Oscar-nominated star sadly passed away last year from colon cancer.

“It’s clearly very emotional without Chad,” Marvel Studios president Kevin Feige told Variety in June. “But everyone is also very excited to bring the world of Wakanda back to the public and back to the fans. We’re going to do it in a way that would make Chad proud.”

The first Black Panther blockbuster received universal critical acclaim and earned $1.3 billion worldwide, as well as a nomination for Best Picture at the Academy Awards – becoming the first superhero film to do so.