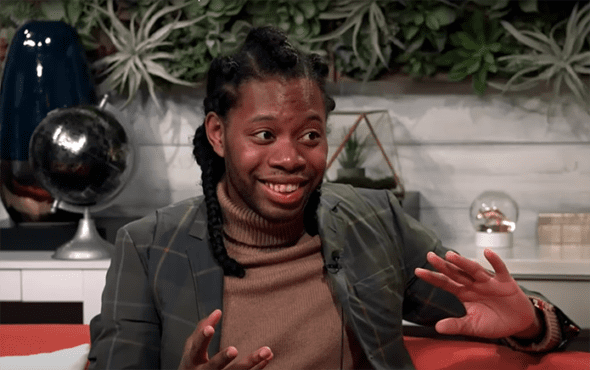 We have to stan!

Black gay playwright Jeremy O. Harris and his powerful show Slave Play has become the most nominated play in Tony Award history with a whopping 12 nominations.

The groundbreaking play first hit broadway back in 2019 and was met with rave reviews for its bold exploration of sex, interracial relationships, and its overall subject matter.

Upon hearing the news Jeremy posted on Twitter, saying: “Obviously my first response is to say “insane”, make a “Thanks Amy Cooper” joke, or just remind everyone all the people these awards generally ignore but I can’t do that. I’m lit crying. In Shock. A play about black inferiority, psychic death, & chattel slavery. Most ever?”

Not only did Jeremy’s play break down barriers on stage, but the young playwright also made sure that Slave Play was financially accessible to every audience member and held “Black Out” performances, which were designed to house a majority black audience.

In an interview with the New York Times, Jeremey opened up about the “cultural impact” of his groundbreaking play, stating “It was very evident in the way that “Slave Play” was on so many protest signs and reading lists during the last six months that it has moved the culture to think about Black interiority and Black literal death and the history of Black bodies in a way that’s significant.”

He continued: It feels very invigorating that the community is saying that people want to have that conversation right now.”