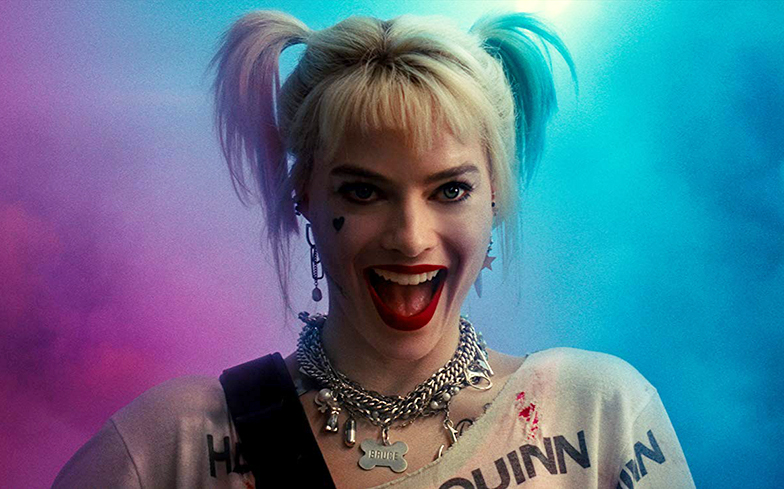 Does Birds Of Prey deliver on its much-hyped LGBTQ representation? Well, kinda.

Queer superhero fans have been longing for authentic and substantial representation in their blockbuster movies for years, but despite rumours that Birds of Prey would be the movie that finally bucked the trend, the result left us feeling a little disappointed.

Before we dive in, we need to give credit where it’s due; Birds of Prey is an incredibly enjoyable film. It’s full of female empowerment, epic fight scenes, quotable dialogue and has some jaw-droppingly stylish visuals. It’s without a doubt the most fun we’ve ever had watching a superhero movie.

Now, about those LGBTQ characters. Early on in the film, we’re introduced to Detective Renee Montoya (Rosie Perez) and her ex-girlfriend Ellen Yee (Ali Wong). Two openly queer characters in a major superhero blockbuster should feel like a big moment, but beyond the initial confirmation of their relationship, there’s little else going on here. There’s tension between them, sure, but no more than the tension between Renee and the colleague who took credit for a major case she worked on.

There’s also a blink-and-you’ll-miss-it visual reference to Harley dating a woman in the past, but again, nothing more beyond that small moment. We almost expected to see her flirting with Black Canary (Jurnee Smollett-Bell) or The Huntress (Mary Elizabeth Winstead) following her big breakup from The Joker, but it never happened. For an established bisexual character with a big queer following, it feels like a missed opportunity, especially as Margot has expressed her desire to explore Harley’s sexuality on screen, even going as far as to suggest Poison Ivy as a potential love interest.

The movie’s biggest let-down, though, is its refusal to solidify the relationship between villainous duo Roman Sionis aka Black Mask (Ewan McGregor) and Victor Zsasz (Chris Messina). In the build up to the movie’s release, there were plenty of rumours about Roman being portrayed as gay or bisexual, while Ewan himself teased that the pair were “more than likely” a couple.

Unfortunately, this never actually came to fruition on screen. Roman is a heavily queer-coded antagonist, lounging around his apartment in silk pyjamas and camping it up like Liberace every time he’s on screen. Victor, meanwhile, plays the doting partner who’ll do anything for him (yes, that includes slicing faces off in a scene that’s not for the faint of heart). The two are inseparable, and the chemistry is definitely there – so much so that we spent most of the movie waiting for them to just kiss already. But the sexuality of the characters is never revealed, and the final nail in the coffin comes towards the end of the movie, when Harley refers to Victor as Roman’s “BFF” – effectively straight-washing a movie’s worth of allusion to a queer relationship.

None of this takes away from how much fun the movie is, of course, and we’d still whole-heartedly recommend it. It’s high-octane, ridiculously camp, and probably the most fun you’ll have in the cinema this year. But for now, it looks as though queer superhero fans still have a while to wait for the representation they deserve.

Birds Of Prey is released in cinemas 7 February.