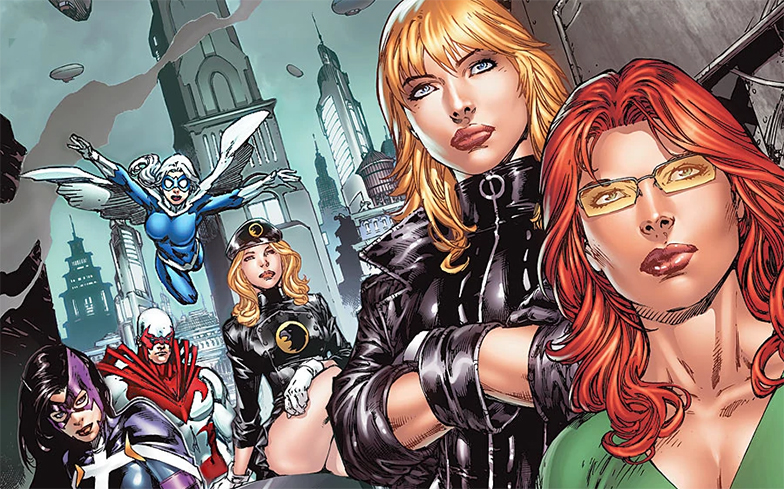 DC’s cinematic universe could be about to get its first openly LGBTQ character.

Birds Of Prey, first teased back in 2016, is an upcoming Suicide Squad spin-off that will feature Margot Robbie’s Harley Quinn alongside a girl gang of heroes who’ll work together to defeat an as-of-yet unnamed Batman villain who reportedly hasn’t appeared on the big screen before.

This week, it’s been revealed that the Birds Of Prey team will consist of Cassandra Cain (aka Batgirl), Black Canary, Huntress, Renee Montoya, and of course Harley Quinn.

Arguably the most interesting addition to the roster is Renee, a detective at the Gotham City Police Department who occasionally moonlighted as costumed superhero The Question in DC’s 52 comic series.

She’s also openly gay in the comics, and has previously had a romantic relationship with Kate Kane aka Batwoman, who’s expected to get her own TV series on The CW after her appearance on the network’s DC crossover event this December.

Fans are now speculating whether or not Warner Bros. will stick to the direction of the comics and make reference to Renee’s sexuality in the movie, or choose to alter her sexual identity in favour of attracting a wider audience.

We’re keeping our fingers crossed that Birds Of Prey bucks that trend and delivers us the LGBTQ hero we deserve. If the news of Batwoman being an “out lesbian” in her upcoming TV series is anything to go by, we’ve got high hopes.

The film will be directed by Cathy Yan, best known for writing and directing her feature debut Dead Pigs, who will become the third female filmmaker to join the DC cinematic universe, and the first Asian woman to direct a DC film.

Meanwhile, lead star Margot has described Birds Of Prey as “an R-rated girl gang film” and promised that it will feature a diverse cast, stressing how important it is to “reflect [diversity] onscreen”.

Birds Of Prey is rumoured to begin filming in January 2019.