Binge-watched all of Queer Eye on Netflix already? Here’s an extra episode just for you 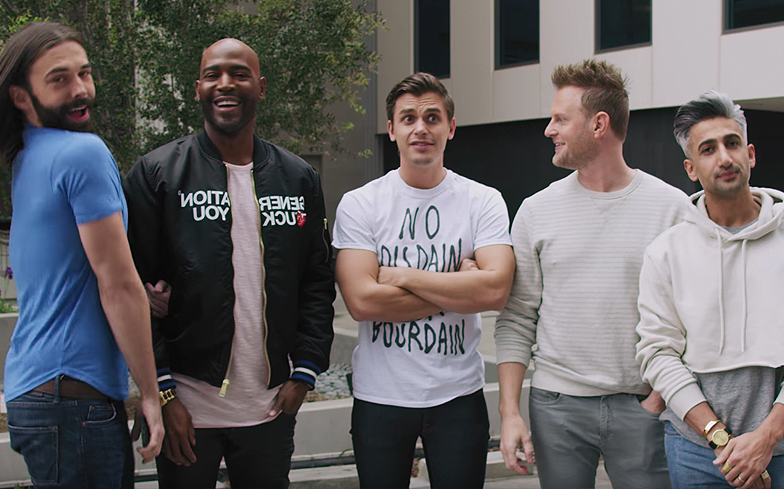 If like us you’ve been bingeing the Queer Eye revival on Netflix since its release earlier this month, you’ll have probably cried more happy tears that you ever have done before.

However, Jonathan, Karamo, Bobby, Tam and Antoni’s work isn’t done just yet for season one.

The five-piece stopped by Netflix headquarter to give some sagely life and style advice to John, who manages a group known as the Nerds who are the company’s IT department.

Jonathan swoops in with his trusty scissors and shavers to give John a slick new haircut and beard trim, while Tam kits him out with a Bruce Springsteen-inspired wardrobe update.

Karamo lends some words of wisdom to give the IT guru a confidence boost, while Bobby reworks the Nerds’ office space for a timely update.

As for Antoni, he teaches him how to make a healthy and tasty mid-afternoon snack.

As we’ve come to expect and love from the show, it all results in a heart-warming ending.

Queer Eye has had rave reviews since its Netflix reboot earlier this month.

“In order to make the emotions bigger, you actually had to see how [the Fab Five] were reacting to being with a cop from the South who was a Trump supporter, [or] ‘hillbilly Tom,’ who refers to himself by saying ‘you can’t fix ugly,’” executive producer Rob Eric explained last month.

“These guys walked away truly loving every single hero that they made over and talked about them for weeks afterward. It affected them just as much as they affected our hero.”

“Well, I’m not going to say no or never because you never know, but the new team is there and… I can’t say no because who knows, maybe we will do something where they all come together,” he said.

“But I think right now it’s the new show, it’s the new Fab Five and they are definitely out there in the red states and seeing the world.

“It’s kind of their moment and their time, but definitely the original guys, the OG, are thrilled for us.”

Queer Eye is available to stream on Netflix now.