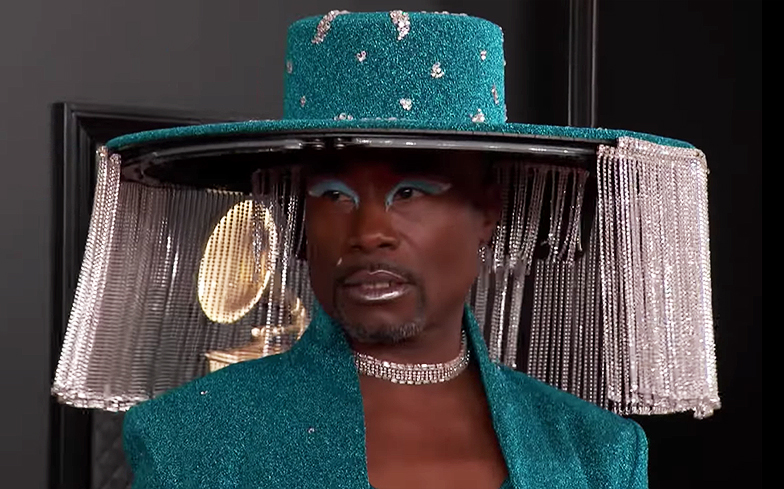 Billy Porter has become the next big meme.

The Emmy and Tony-winning icon blessed the world with his presence at the 62nd Annual Grammy Awards on Sunday (26 January) and as per, became the most talked about celebrity on the red carpet thanks to his futuristic, disco-glam ensemble.

The hat was designed by Porter, his stylist Sam Ratelle and Scott Stundberg. Talking to Vanity Fair, he said: “This design is a great compromise. It’s a reveal. The crystal curtain stays open, unless you get on my nerves and then I can shut you right out!”

The hat became the subject of hundreds of memes over social media – check out some of our personal favourites below.