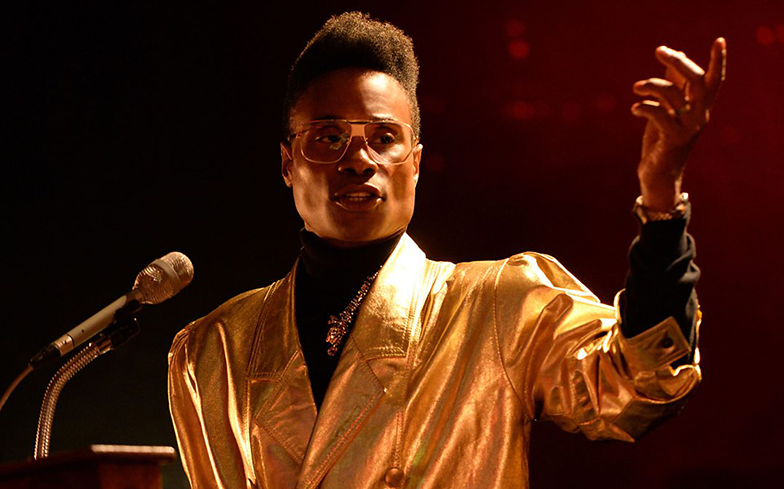 “Hopefully the Pose gods are listening.”

Billy Porter has revealed his hopes for his character on Pose for the show’s upcoming third season.

Since 2018, the Tony Award-winning performer has portrayed Pray Tell, the show’s resident emcee in the Ball scene, a member of the Masters of Ceremony Council and a father figure to the children of ballroom – especially Blanca and Angel.

Porter has received widespread critical acclaim for his performance, becoming the first openly gay black actor to win the Primetime Emmy Award for Outstanding Lead Actor in a Drama Series. He was also nominated for a Golden Globe.

In an interview with PureWow, Porter was questioned on what’s in store for Pray Tell in Pose’s upcoming third season, to which he responded: “I have no updates! Y’all always ask questions that you know you can’t get the answers to.”

“I would love to see [my character] crack open a conversation with the black community and the church. We’ll see. Hopefully the Pose gods are listening. I just am grateful that I’ve lived long enough to see this day.”

Porter continued to say that it “blows” his mind that he’s able to “stand here in my authenticity as a black, gay out man”.

“That’s how far we’ve come and with that said, there’s a lot farther to go. And I am grateful that our show positions me and everyone else involved in a way to sort of keep the conversation moving forward,” he said.

In October, it was announced that Porter will star as the Fairy Godmother in a new live-action remake of Cinderella. He joins Camila Cabello in the adaptation, which is said to be a modern reimagining of the iconic fairytale.

Kay Cannon, who helmed the Pitch Perfect series, has signed on as lead writer.