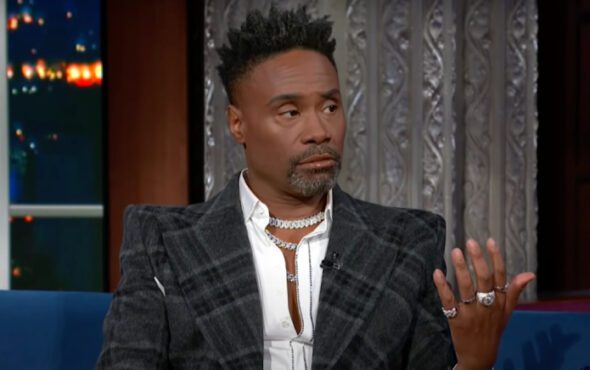 Pose star Billy Porter has apologised for his comments towards Harry Styles and his recent Vogue cover.

Earlier this year, Styles made history as the first-ever male to grace the cover of the magazine and was photographed in a Gucci dress ensemble.

Although the cover was praised by fashion enthusiasts and fans alike, the photos also received a fair share of criticism.

In his October interview with The Sunday Times, Porter opened up about the pop star and said that all Styles’ had to do for the opportunity was to “be white and straight”.

“I feel like the fashion industry has accepted me because they have to,” the Pose star explained.

“I’m not necessarily convinced and here is why. I created the conversation [about non-binary fashion] and yet Vogue still put Harry Styles, a straight white man, in a dress on their cover for the first time.”

Shortly after his comments were made public, Porter received backlash for claiming influence over non-binary fashion.

During a recent interview on the Late Show with Stephen Colbert, the Broadway star discussed the incident and also apologised to the former One Direction member.

“The first thing I wanna say is, Harry Styles, I apologise to you for having your name in my mouth. It’s not about you. The conversation is not about you,” he said.

“The conversation is actually deeper than that. It’s about the systems of oppression and erasure of people of colour who contribute to the culture.”

He went on to say that the reason why his comments made headlines was due to a “slow news day” and if anyone wants to unpack the real conversation to “call a b***h”.

When asked if he was surprised by the backlash, the Cinderella star said it was “weird”.

“I am surprised. Because there are so many other things that are important on this earth to be talking about. It’s just weird,” he said.

In Styles’ Vogue interview for the cover, the Golden singer said he “never really thought too much about” what his clothing means.

“Clothes are there to have fun with and experiment with and play with,” he stated.

“What’s really exciting is that all of these lines are just kind of crumbling away. There’s so much joy to be had in playing with clothes.

“I’ve never really thought too much about what it means – it just becomes this extended part of creating something.”