Billy Porter hits out at criticism of men who wear dresses 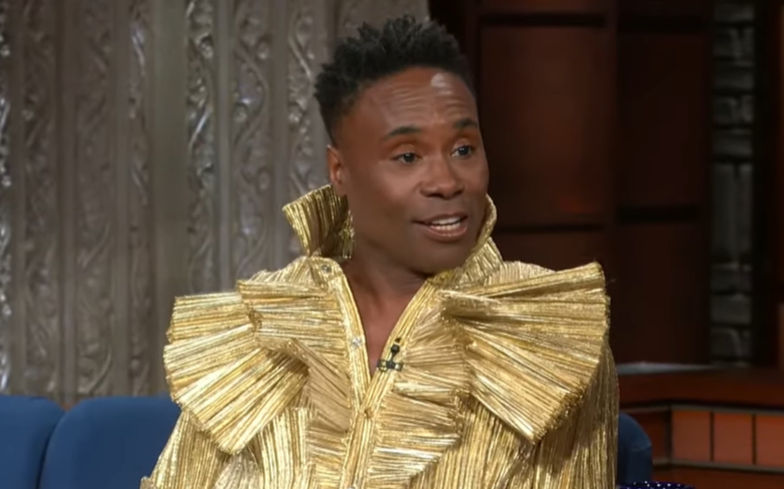 The Pose star wore an incredible dress to the Oscars.

Pose star Billy Porter has hit out at the criticism aimed at men who wear dresses, or appear feminine in any way. The actor was appearing on The Late Show will Stephen Colbert to discuss the issue.

“The minute a man puts on a dress it’s disgusting, so what are you saying? Men are strong, women are disgusting? I’m not doing that anymore.

“I’m done with that. I’m a man in a dress and if I feel like wearing a dress I’m gonna wear one.”

Porter’s last remark gained a huge round of applause from the audience.

He then added: “You know, people forget that Jesus wore a dress too. They called them robes, but he wore a dress. They wore dresses.”

Billy Porter stunned everyone earlier this year when he wore an incredible tuxedo-style dress to the Oscar ceremony. He has since followed it up with an Egyptian style outfit at the Met Gala, and another tuxedo dress at the Tony Awards.

The actor is currently starring in the second series of Pose, which began airing on the FX Network earlier this week.

The groundbreaking LGBTQ drama made history last year when it premiered in the US, by featuring the largest amount of trans actors in regular roles of any scripted TV series in history.

Creator of the series, Ryan Murphy, recently said that season two of the show will jump ahead to 1990 on the day when Madonna released her signature hit Vogue, which appropriated voguing from the ballroom scene and took it into the mainstream.