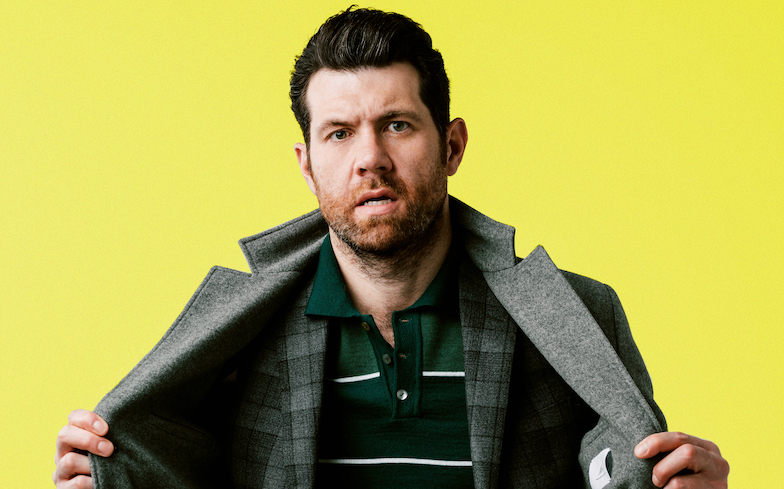 Billy Eichner wants to see a gay-inclusive version of The Bachelor.

The American comedian recently appeared on the new season as a celebrity special guest to talk with host Chris Harrison and the show’s current star, Colton Underwood.

After telling Colton there’s a possibility he could be gay because he hasn’t been intimate with a woman, he joked: “I’m gay. I know that’s a shock, Colton. That I think you should look into.

“Maybe you’re the first gay bachelor and we don’t even know!”

Billy later tweeted: “I actually do think it would be cool to do a gay season of The Bachelor… and hey @BachelorABC I’m single…”

A fan tweeted Billy and said he should lead a revival of axed reality dating show, Finding Prince Charming, to which he responded: “No. I will only do THE BACHELOR. No knockoffs for Billy!”

"Maybe you're the first gay #TheBachelor and you don't even know" @billyeichner just created the only narrative that will make this season worth it. pic.twitter.com/tAm4sFXjlO

Can @billyeichner be the next Bachelor? #bachelor

I would watch the fuck outta this

I'm a heterosexual male, and I'd watch it for the first time in my life if @billyeichner were the host/star/whatever.

@billyeichner is The Bachelor we need!

When we spoke with Billy for the January issue of Gay Times, he discussed in full length as to why he felt the need to comment on the recent Oscars controversy with Kevin Hart.

“I think with the Oscars in particular, you’re talking about an event that since its inception, has a very large and dedicated passionate following among gay men, myself included,” he explained.

“You’re coming to a show that we’re big fans of, that has massive support amongst gay men, so give us a little respect, that’s all I’m saying.”

“At this point, I don’t really want to be referred to as someone’s gay friend,” he told us. “Like, ‘Oh, where are my gays? Where are my fags?’

“The terms were thought of as affectionate, and they were and I know that they were, and I’m not offended for that reason. I just think at some point, it’s time to let it go and move on.”