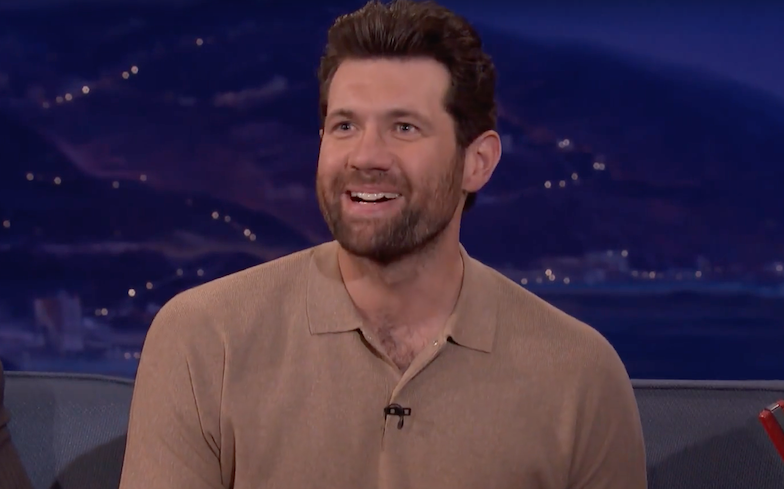 LGBTQ+ history in the making!

Comedian Billy Eichner is set to star in the upcoming romantic comedy, Bros.

The film will be the first gay romantic comedy backed by a major studio.

According to Variety, the 42-year-old actor will also co-write and executive produce the film alongside Nicholas Stoller and Judd Apatow respectively.

Eichner took to Twitter to express his excitement for the upcoming film, stating: “In shocking news, BROS will be the first from com about gay men ever produced by a major studio and, apparently, I’m the first openly gay man to ever write and star in their own studio film. Only took 100 years! THANKS HOLLYWOOD!!!”

In shocking news, BROS will be the first rom com about gay men ever produced by a major studio and, apparently, I’m the first openly gay man to ever write and star in their own studio film. Only took 100 years! THANKS HOLLYWOOD!!! 💫 https://t.co/ysrwEz2Mmo

The film will follow two gay men with commitment issues and their budding romantic relationship.

Since posting the news Eichner has received support from fans and his industry peers.

Antoni Porowski, Leslie Grossman, Zoey Deschanel, and Matt Bomer were just a few of the many celebrities that congratulated the Difficult People star.

News of the film first came to light back in 2019, when Eichner signed the deal with Universal.

In a 2019 interview with Variety, the actor expressed the importance of LGBTQ+ representation in entertainment.

“I hear people talking about diversity and inclusion, but I often see gay people left out of those conversations. The comedy community, which has always been such a straight man’s game, has not been kind to openly gay men, and I still see so much homophobia when it comes to casting,” he said.

He also discussed the positive impact Love, Simon had on him, stating: “It was so unusual to have a connection to what was happening on screen instead of being a step or two removed.

He continued: “Love, Simon really got to me. I was shocked because I think of myself as such a cynical bitch.”