Billy Eichner is writing and starring in a gay romantic comedy 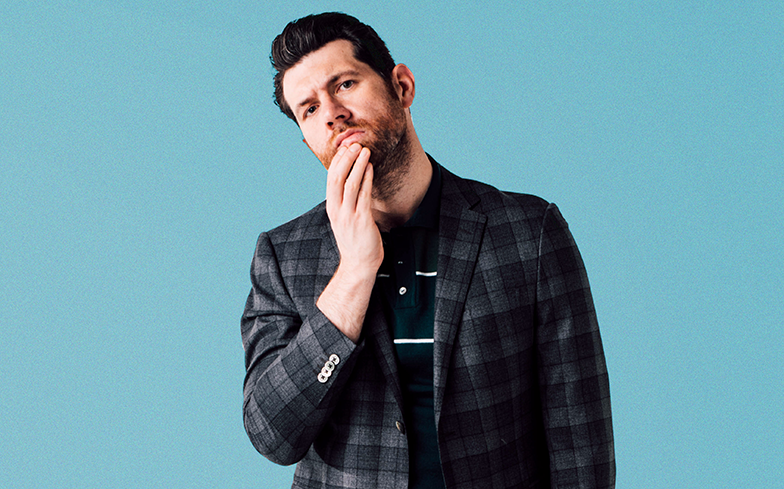 It will reportedly focus on two men with commitment problems who attempt to form a relationship (relatable).

About time we got an adult rom-com for us gays, right? Last year, Love, Simon became the first film by a major Hollywood studio to focus on a gay teenage romance and since then, we’ve seen one (?) more queer film in the teen genre, Alex Strangelove.

But there is a significant lack of iconic gay rom-coms for a more adult audience. Where’s our Pretty Woman? Notting Hill? My Best Friend’s Wedding? So we are very excited. Billy Eichner is the new Julia Roberts confirmed!

He added: “I cried like seven times during Love, Simon, and I’m not a big crier. I didn’t realise until I watched that movie, and I’m such a big movie goer and a pop culture fanatic, that I’ve spent the last 35 years of my life having to project onto stories, rom-coms specifically, about straight people.

“We’re so accustomed to it, we had no other choice. Even though this is a movie about teenagers and coming out, I still had such an emotional reaction because I could actually directly relate. I wasn’t one step removed from what I was watching.”

“I think comedy is always cyclical and I think rom-coms may have been dormant in the past few years, but something always fresh needs to come along and reinvigorate the genre,” he explained.

“I think showing diverse people in relationships, both racially and sexually, is what may be the ticket to reinvigorate the art-form again. I think the mainstream is realising that this is the way of the future, and that love is love.”