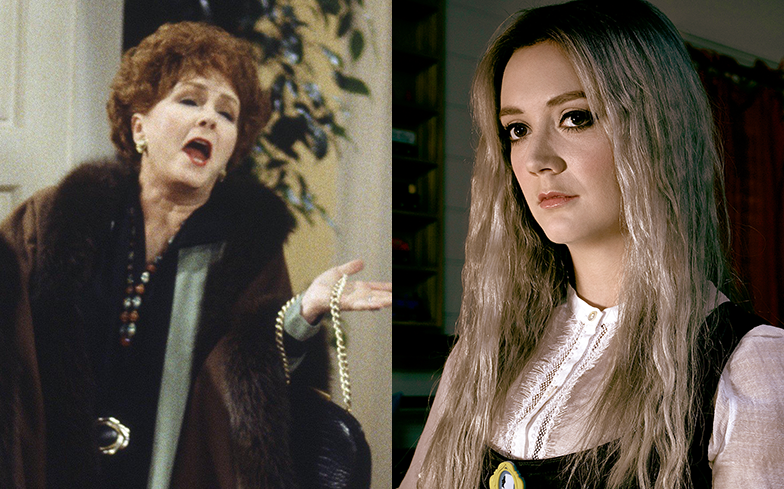 Billie Lourd will honour her grandmother Debbie Reynolds on Will & Grace.

The American Horror Story and Scream Queens star announced earlier this week that she will play “my real life grandma’s onscreen granddaughter” on an upcoming episode of the widely-acclaimed, long-running comedy.

“I have watched and loved Will & Grace since I was (probably too) young,” Lourd wrote on Instagram. “So getting to watch my Grandma play Grace’s mom was one of the coolest things to happen to my young willandgraceobsessed self.

“Next week I get to play my real life grandma’s onscreen granddaughter on one of my favorite shows and there are not enough happy adjectives in the world to convey the excitement I feel.”

She then thanked the cast and crew for bringing her into the “Adler fam”.

Reynolds starred in 12 episodes of the series from 1998-2006 as Bobbi Adler, Grace’s mother. For her work on the series, she received a Primetime Emmy Award nomination for Outstanding Guest Actress in a Comedy Series.

After she passed away in 2016, the show paid tribute to her in an episode of the revival series.

Earlier this year, the executive producers of Will & Grace confirmed that its 11th season will be its last. The show originally concluded in 2006 after its eighth season but returned for two more seasons in 2017.

“The impact and legacy of Will and Grace simply can’t be overstated, both as a true game-changer in the portrayal of the LGBTQ community and as one of the finest comedies in television history. A huge thank you to [creators] Max [Mutchnick], David [Kohan], Jimmy [Burrows] and a cast that is second to none for their brilliance over an incredible run.”

Related: Demi Lovato to guest star in the new season of Will & Grace.

Related: Did the American Horror Story: 1984 premiere live up to expectations?