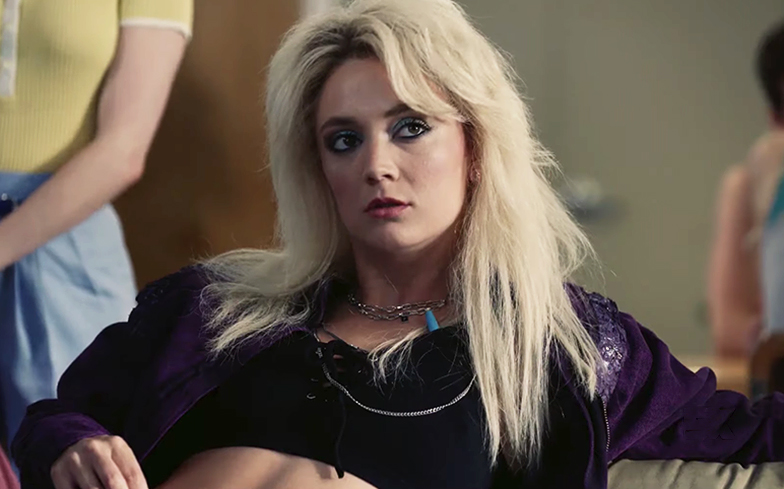 Could we be any more excited for American Horror Story: 1984?

The hit anthology horror series has given us psychological horror with Murder House, camp with Coven, political drama with Cult, and a vision of the end of the world with Apocalypse – but it looks like 1984 will offer up pure, old-school terror.

As well as the 1980s slasher feel that’s been teased in trailers and posters for the new season, actress Billie Lourd recently appeared on The Tonight Show with Jimmy Fallon where she revealed it will be the goriest season ever.

“It’s deeply terrifying to do, but it’s so deeply terrifying and weird that it gets to be funny sometimes,” she said, revealing that when things get too much on set she sings Africa by Toto to calm herself down.

“This one is even gorier than it ever has been before, so I need to sing Africa literally every day, all day, because it’s terrifying constantly.”

Asked to describe the plot of the new season, she explained: “It’s set outside of LA, it’s me and a bunch of my camp counsellor friends, we’re bored and we don’t want to be in LA anymore.

“We go out to this camp in the middle of nowhere where a bunch of people were killed like 20 years ago, but we’re like, ‘Hey, let’s go be camp counsellors there’, so we go and camp counsel there… and then he comes back.

The ninth season of American Horror Story will premiere 18 September on FX. Titled 1984, this season of the acclaimed horror anthology series will travel back to the 80s (duh) and will be set at a summer camp called Camp Redwood.

It will take inspiration from iconic slasher movies like Sleepaway Camp, Halloween, A Nightmare on Elm Street and Friday The 13th as a murderer known as Mr Jingles is on the loose from an asylum.