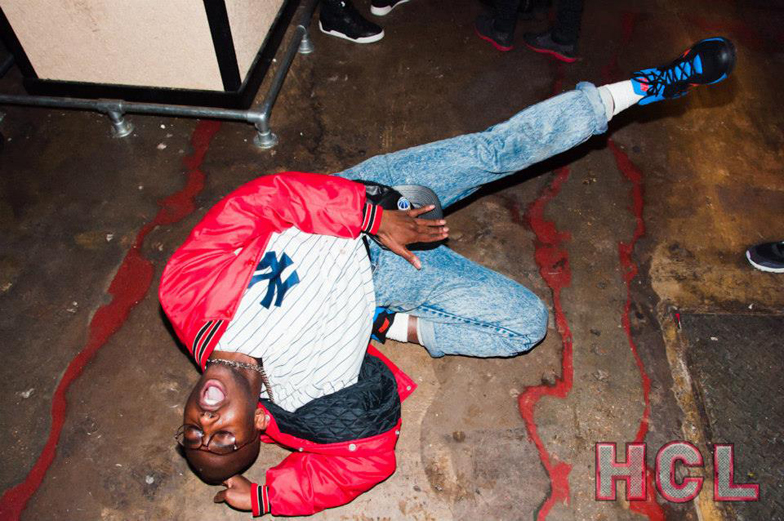 One of our favourite club nights is back and it’s set to be bigger and better than ever!

Since December 2012, Hard Cock Life has been the party to go to when you really want to cut loose. With music from some of London’s best DJs, performances from club kids and established artists alike and the closest thing to an early 90s house party vibe since, well, early 90s house parties, the club night has gone from strength to hard, cocky strength!

Ahead of its expansion at new venue, Hangar, near London Fields, we caught up with Josh Cole – founder of Hard Cock Life – to get the low-down on what goes down at the party. For those who haven’t experienced it yet, how would you describe Hard Cock Life?

A club full of beautiful men of all ages and backgrounds throwing shapes and catching vibes to the dulcet tones of Lil Kim.

When did you realise that Hard Cock Life was something that was needed on the London club scene?

When the only club you could listen to hip-hop and be gay in was the depressing ‘urban room’ at G-A-Y.

Do you see yourself taking Hard Cock Life to other cities?

What’s the point? London is the greatest city in the world!

Although ‘Hard Cock Life World Tour 2020’ does have a certain ring to it. Has the vibe of Hard Cock Life changed since its first party?

At the first HCL the DJ went outside to smoke and disappeared for 30 minutes, leaving his 13 year old sister awkwardly pretending to DJ. It’s about 10% more professional now.

What is Hard Cock Life bringing to the queer experience that other club nights can’t?

An intangible but magnificent je ne sais quoi. Copycat nights have come and gone, but Hard Cock Life is here to stay. Okay?

Working in gay media we know how important diversity is. How vital was it to you that the party catered to all types of people, both in and out of the LGBTQ community?

Diversity has always been at the heart of Hard Cock Life.

Yes it’s a tongue-in-cheek and brash party with lots of oversized inflatable penises, but there’s a more meaningful concept to it beyond that, which I think a lot of people get.

The underlying narrative of the party is very much one of social inclusivity; of bringing queer Londoners together in a way that breaks down barriers.

It’s amazing how positively people have responded to that. What does the future hold for Hard Cock Life?

As soon as I saw it I knew it was where Hard Cock Life needed to be. The party on April 7 is going to be incredible (even if I say so myself). If you want to get in on the action, you need to move fast, get your tickets here!