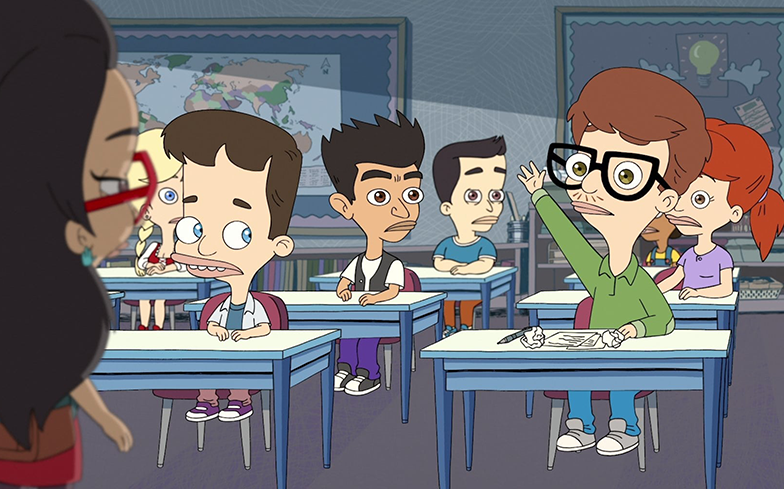 “This time we could have done better.”

One of Big Mouth’s creators has responded to a controversial LGBTQ scene from the Netflix show’s most recent season.

In the eighth episode of season three, the students of Bridgeton Middle School are introduced to new character Ali (voiced by Ali Wong), who tells her classmates that she identifies as pansexual and that bisexuality is “so binary”.

“But I’m saying I like tacos and burritos, and I could be into a taco that was born a burrito, or a burrito that is transitioning into a taco. And honey, anything else on the fucking menu.”

Viewers slammed the scene, calling it “offensive” and “misrepresentative” of pansexuality and bisexuality.

Co-creator Andrew Goldberg responded to the backlash with a statement on Twitter, saying he and his fellow creators “missed the mark” with their definition and they “sincerely apologise for making people feel misrepresented”.

“Any time we try to define something as complex as human sexuality, it’s super challenging, and this time we could have done better,” he wrote. “Thank you to the trans, pan, and bi communities for further opening our eyes to these important and complicated issues of representation.

“We are listening and we look forward to delving into all of this in future seasons.”

All three seasons of Big Mouth are available to stream on Netflix.