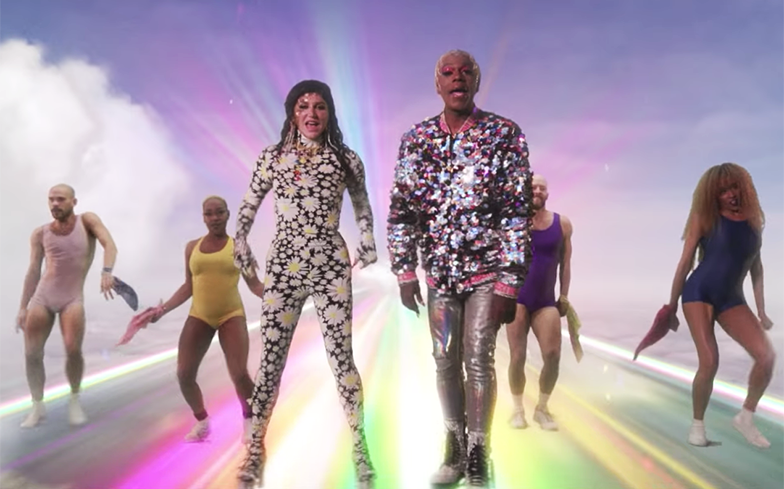 We have a new addition to our ‘gay bops’ playlists.

Big Freedia and Kesha have just released one of the gayest videos in history and we are here for it. H-E-R-E, here!

The second single from the Queen of Bounce’s upcoming EP, Louder, Chasing Rainbows is “a love anthem about how love will always conquer fear and hate” and about “celebrating who you are no matter what anyone tries to tell you”.

“This song is meant to inspire people to chase their dreams, no matter what obstacles they face,” said Freedia.

The empowering pop anthem touches upon the adversity and discrimination Freedia faced growing up and how she rose above it, leading to an optimistic refrain that will relate to all queer people: “They don’t want to chase this rainbow.”

In the video, the stars perform on a rainbow road in (what we presume is) heaven, flanked by an inclusive team of backup dancers in leotards. They later shoot through the galaxy on clouds and inflatable unicorns. See? Gay.

Chasing Rainbows is the second collaboration between Kesha and Big Freedia after the critically-acclaimed Raising Hell, which served as the lead single from the from the former’s fourth studio album, High Road.

Louder, which will also include Freedia’s duet with Swedish pop duo Icona Pop of the same name, will be released 13 March on iTunes and streaming services. Pre-order the EP here and watch the video for Chasing Rainbows below.

Big Freedia will be performing at Southern Comfort Presents Mardi Gras alongside Pxssy Palace and Hackney Colliery Band in central London on 4 and 5 March. Tickets are available via southerncomfortuk.com/mardigras