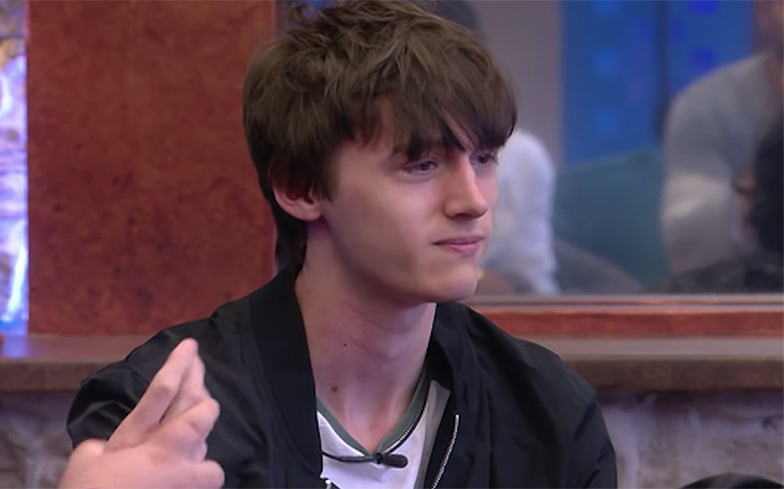 Big Brother’s Cameron Cole has been praised by viewers after coming out on the show.

In scenes that aired last Friday, the 18-year-old contestant came out as gay during an emotional conversation with housemate Lewis, despite claiming to have only told his mother days before entering the show.

On Monday night’s episode, Cameron made the brave decision to come out to the rest of the house, admitting that he was feeling “awkward and uncomfortable” about opening up about his sexuality for the first time.

“I’ve come in here and I’ve tried to be as open and honest as I can be, but there’s been one part I’ve really been struggling with. I did naively think I could get through the whole process without talking about it,” he said.

“But because I’ve got such a great connection with you, I want to be honest with you. I did have a chat with Lewis on Thursday, so the likelihood now is that everyone on the outside knows about it so I think it’s only right that you guys know about it.

“I do have an issue for whatever reason with saying the word, but I understand when I say what I’m about to say your reactions are all gonna be a little bit different, there’s no right or wrong reaction and I don’t mind, because it’s a difficult situation.”

He added: “I can’t actually say the word, I don’t know why. I just hope you all think of me in the same way.”

With a little help from Lewis, Cameron was able to tell the rest of his housemates about his sexuality, and thankfully they all reacted with support and praise for him, offering hugs and a round of applause for his openness.

“I’m sorry for making a scene,” he joked after the big moment.

Viewers were just as supportive as the housemates, with many admitting they were left “in tears” over the scenes.

It’s kinda cute how watching Cameron come out on big brother has brought back so many of the feelings I use to have when I was that age. #bbuk

This was such a lovely moment. I disagree with the people saying that Cameron coming out is his game, you can see how hard that was for him. 😢👏 And well done to Lewis for being an amazing friend and to the rest of the housemates for being so lovely when he came out. 🌈💞 #BBUK