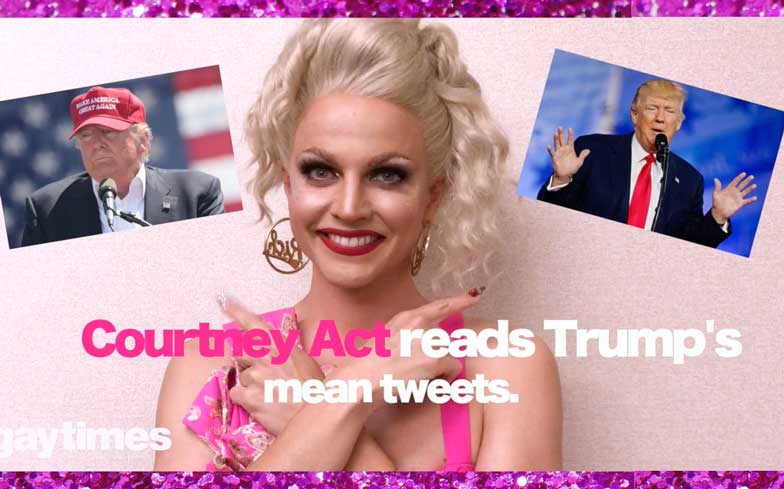 President Trump’s never been one for holding back – especially when it comes to his Twitter account. The same can also be said for this international drag superstar.

However, unlike Donald, Courtney Act – the beauty from Down Under – will be sure to say it to your face as we found out in this hilarious Gay Times exclusive video.

Before her now iconic entrance into the Celebrity Big Brother house, we loaded Courtney with tweets from the outspoken and frankly ridiculous president’s Twitter account – @RealDonaldTrump – and found out what she really makes of them.

From his Make America Great Again catchphrase through to his stance on the LGBTQ community, Donald’s had a lot to say… and now so does Courtney!

“Does he understand the ridiculousness and the irony of his tweets,” Courtney laughs in total disbelief. “It’s really hard not to say… you’re a dickhead!”

Please note: No presidents were harmed in the making of this video.

More information on Courtney can be found here.