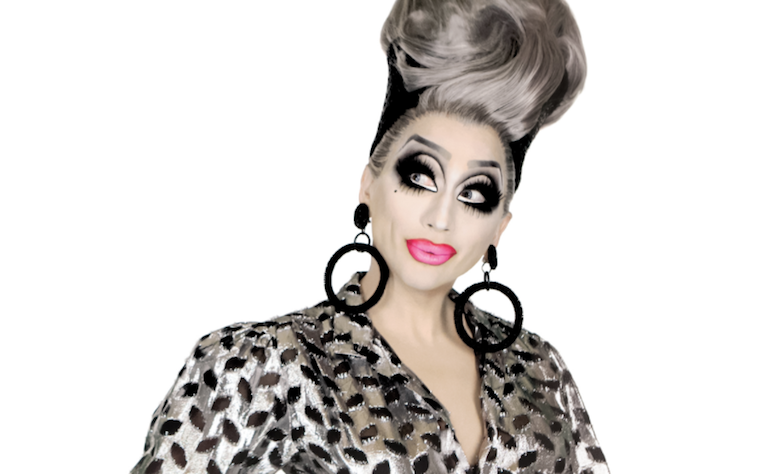 Before we start… if you’re bothered by everything then this isn’t the show (or review) for you. If you’re not, welcome.

Walking into a Bianca Del Rio live show, you know you’re about to hear the world c**t and fuck at least 100 times in the first five minutes from the Drag Race season six winner. And in fact, we were wrong. It was 101.

The drag sensation (who looks ever-more like a clown as the days go on) didn’t disappoint as she serves up her latest show, Blame It On Bianca Del Rio, live at London’s Eventim Apollo. See it as a royal roasting for anybody and everybody that’s sure to be offended from the first to the last jibe. From gags about Trump to Brexit, RuPaul, Lady Bunny, queer people, and even the UK’s latest sweetheart, Miss Courtney Act – who was also in attendance at the opening night performance – it seems nobody was off the list of targeted insults and everybody in the audience was ready to lap it up in a raucous show that’s as thrilling as a Monet X Change lip sync battle. Bianca will hate us for that comparison, but we DGAF.

With the expected chat about RuPaul and her co-stars, Bianca even went hard on the most recent #DragRace scandal. Far from holding back, Trixie Mattel’s crown was quite literally snatched as Bianca shared a few of her thoughts on the All Stars 2 crowning. Something the audience loved as she chanted ‘halleloo’ in favour of dear friend, Shangela. Bianca such an international superstar with world success, you’d be forgiven for thinking her time on the show was actually just less than five years ago. Reality show winner she might be, but international superstar she’s become.

So yeah, it’s true. Bianca Del Rio is a nasty c**t, but you knew that already going in. Heck, she says it enough times that a new line of merch is clearly waiting to happen. But in reality, behind the fucks and the abuse falls a fine split between offence and actual brilliance – and Bianca treads it perfectly. Perhaps it’s much to such credit that it has werked her three sold out nights at the Apollo of over 3,500 nightly – an impressive achievement.

When the topics are tough, Bianca’s comedic skills are brought effortlessly into play – but it’s never too much. It’s never bordering on the absurd, and in a world where the absurd is clearly winning over those with a sensible mind, perhaps two hours of escape and the occasional ‘cunt’ could give us all the light relief we’re hoping for. Just be warned, you sit in the front rows, expect Bianca to rip you a new one – royally!