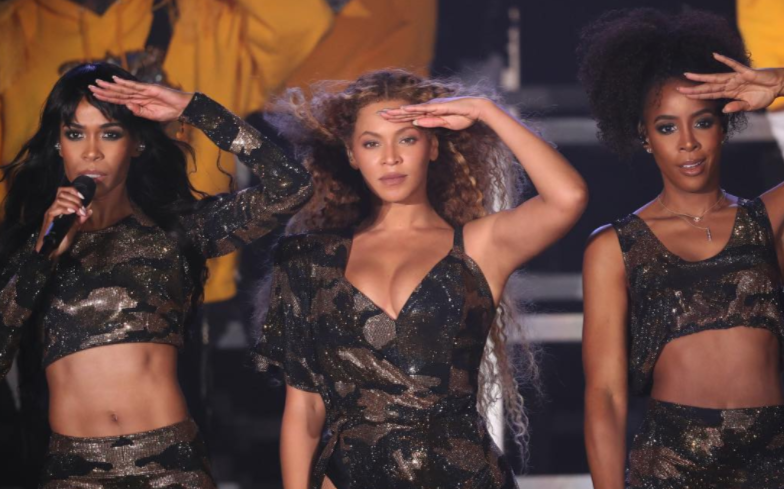 So, just in case you somehow missed it, Beyoncé became the first black woman to headline the Coachella last night. And that’s not all, because to perform her set with her, she reunited with Destiny’s Child.

Bey opened her set with Crazy in Love, before moving onto Lift Every Voice and Sing, accompanied with a brass band. Other songs included many from Lemonade, Deja Vu which was performed alongside Jay-Z, and a dance with Solange.

And when Destiny’s Child finally came out, they blew us all away as they performed Say My Name, Soldier and Lose My Breath. And by the end of that, we really were losing our breath.

Fans have christened the event as Beychella, which is something we’re more than happy to agree with.

And as can you can imagine, not only did Bey and Destiny’s Child slay the set, they slayed all of us back at home.

The greatest living entertainer is a Black woman named Beyonce. This is not up for debate.#Beychella

BEYONCE! DESTINYS CHILD! best thing i have ever and probably will ever see. speechless.

Y’all, we have never seen the likes of Beyonce in all of history. Let that sink in. There is no predicting where her career will go/end because there is no precedent for her. THERE IS NO PRECEDENT #BEYCHELLA

Wow. Beyoncé is incredible. And the fact that I just typed her name and the little whatever it’s called over the e automatically goes makes it even crazier how awesome she is.

And here are just a few clips from her set.