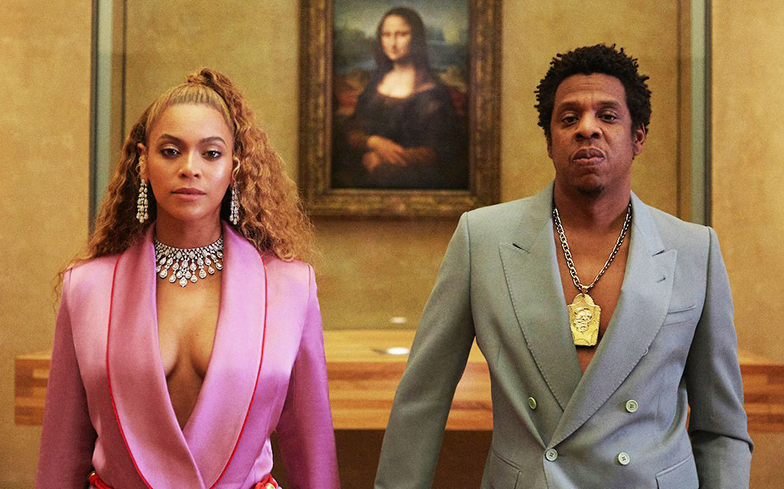 “Beyoncé and Jay- Z are global icons and passionate defenders of human rights and acceptance for all people.”

Beyoncé and Jay-Z are set to be honoured at the GLAAD Media Awards.

According to Deadline, the super couple will be presented with the Vanguard award, which is given to allies who have made a significant impact on promoting acceptance for the LGBTQ community.

GLAAD President and CEO Sarah Kate Ellis said in a statement: “Beyoncé and Jay- Z are global icons and passionate defenders of human rights and acceptance for all people.

“When Beyoncé and Jay-Z speak, the world becomes inspired and when it comes to LGBTQ people, their voices of acceptance have been heard loud and clear.

“We could not be prouder to stand with them to send a message of love during the biggest LGBTQ event in the world and to honor their work to bend the arc of justice forward for LGBTQ people, people of color, and marginalized communities everywhere.”

“Mama had four kids, but she’s a lesbian,” Jay-Z raps on the song, which features a guest spot from his mother.

“Had to pretend so long that she’s a thespian. Had to hide in the closet, so she medicate. Society shame and the pain was too much to take. Cried tears of joy when you fell in love, Don’t matter to me if it’s a him or her.”

In the song’s outro, Carter reflects on being unable to live life as her authentic self.

“You live in the shadows for fear of someone hurting your family or the person you love,” she says. “The world is changing and they say it’s time to be free. But you live with the fear of just being me.”

GLAAD’s president and CEO Sarah Kate Ellis praised Carter for her bravery, and for increasing “visibility of lesbian women of colour at a critical time,” which she claims sent a “powerful message of empowerment to the entire LGBTQ community”.

Related: Jay-Z cried tears of joy when his mother came out as gay.