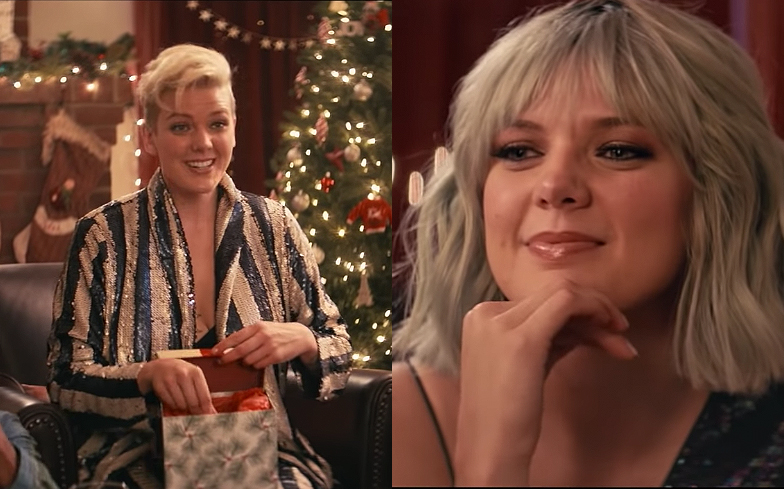 Betty Who is here to give us the present of a pro-LGBTQ narrative in her latest music video this Christmas.

The singer-songwriter plays the part of two girls wrapped up in a ‘will they, won’t they’ queer festive romance in the visual fro her new single Between You & Me.

“The video was a trip to film because, while playing against myself, I basically have to film the video twice,” Betty said.

“I never know how it’s going to turn out because as we’re filming it seems so high-concept but when I saw the final product I was so shocked. I can’t believe how bad I wanted me to end up with myself!”

Betty’s new single Between You & Me is the first cut to be lifted from her forthcoming album Betty, which will be released in 2019.

The track has already been streamed more than 400,000 times on Spotify alone since its premiere earlier this month.

It comes after a huge for Betty following a massive performance at Mighty Hoopla festival in London in the summer, as well as recording the official theme song for Netflix’s Queer Eye reboot.

But with 2019 now firmly in her sights, Betty is looking forward to what the future holds.

“Betty is my first independent album. It’s confident, it’s emotionally diverse, I basically just made the music I wished I could listen to,” she said.

“Every song on the record has a purpose and heart and its own identity.”