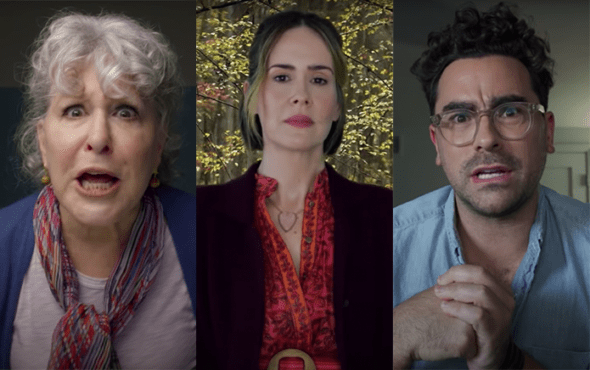 The first trailer for HBO’s coronavirus comedy is here.

In the trailer, Paulson plays a woman called Clarissa Montgomery who is holding life coach lessons over livestream, where she tells her audience, “Take a deep, healing breath and imagine that you’re not even on Twitter or Facebook… or Xanax.”

Milder’s character is in prison due to an altercation with a MAGA supporter, Rae recounts an experience with Ivanka Trump while Denver is on the frontline of the pandemic as a nurse. Levy, an actor, discusses queer representation in Hollywood with his therapist.

Coastal Elites, which premieres 12 September on HBO, was written by Paul Rudnick and directed by Jay Roach, who’s best known for his work on the Austin Powers film series, Meet the Parents, Meet the Fockers, Trumbo and Bombshell.

In an interview with Variety, Rudnick – who wrote Sister Act and Addams Family Values – discussed the challenges for writing such a timely project.

“I didn’t want the material to feel instantly dated, so I tried to be very careful about references,” he explained. “Things are so crazy that when you think about three months ago it feels like a lifetime and people are almost nostalgic for February.

“I wanted to reflect that sense of being overwhelmed by every possible event so it would feel emotionally valid at any point. I think it could be working as a time capsule of Americans’ lives.”

Watch the first trailer for Coastal Elites below.