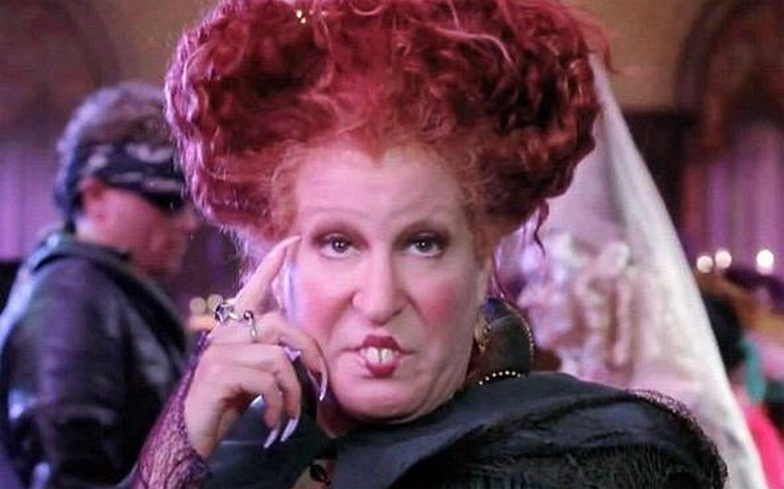 Fans of Disney’s camp classic Hocus Pocus were left disappointed earlier this year when they found out that their favourite Halloween movie was getting a TV remake, and not the sequel they’ve long demanded.

To make matters worse, none of the original cast will be returning, and neither will director Kenny Ortega. And it’s not just the fans who have low hopes for the reboot, as Bette Midler, who played head witch in charge Winifred Sanderson in the 1993 movie, was scathing when asked about the project by People magazine.

When asked if she’d consider taking part in the remake to give it some credibility, she gave a blunt response.

Now, if you’ll excuse us, we’re off to watch Hocus Pocus – the original camp classic – for the 100th time.