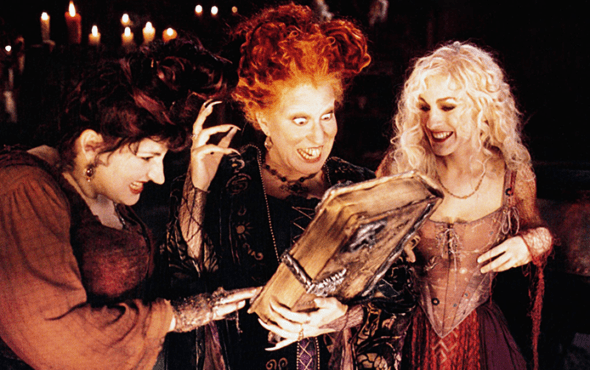 Bette Midler will return for the Hocus Pocus sequel alongside Sarah Jessica Parker and Kathy Najimy.

In an interview with Fox 5 New York, the beloved entertainer said the Sanderson witches will be donning their cloaks and vacuums one more time for the highly-anticipated Disney+ follow-up.

“They want to make a movie, they’ve asked us if we were interested and of course all of us said yes,” she revealed, to the sound of millions of gays embracing their inner Winnie Sanderson for a maniacal cackle. “I’m game, I’m totally game.”

Although Hocus Pocus was met with mixed reviews upon its 1993 release, it’s become a cult classic in subsequent years due to Midler’s berserk performance, its camp value and endless popularity around Halloween season.

Midler, Parker and Najimy were recently announced to reprise their iconic roles for a virtual event titled In Search of the Sanderson Sisters, in aid of the New York Restoration Project.

Taking place on on Friday (October 30), all proceeds will be dedicated to “creating more green space for underserved communities to grow their own food, connect, and access safe spaces directly in their neighborhood”.

“We fell into exactly the same relationship we had and the same style of behaving on screen that we had 27 years ago – as if we had been off for a weekend!”

Midler also shared several sneak-peeks of the upcoming event on Instagram, showing the original trio in their classic costumes as they prepare to cast another spell on viewers – see below.