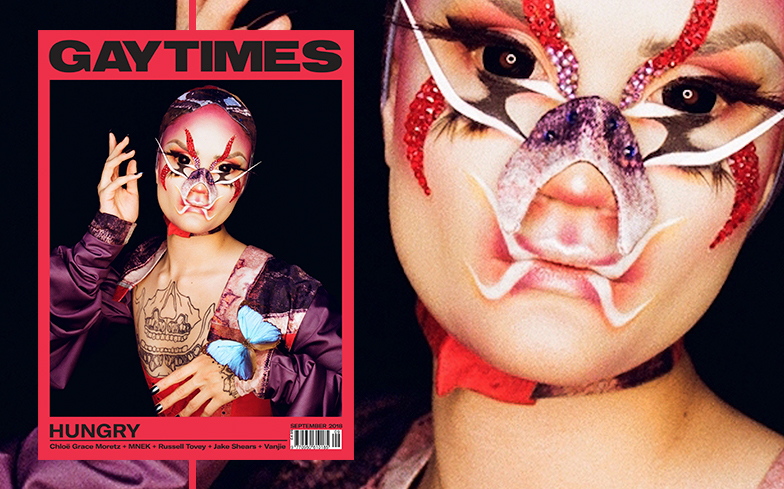 The Berlin-based drag queen and avant-garde performer is – cliché alert! – taking the world by storm.

Over the past few years, Hungry has blown our minds with her experimental, progressive aesthetic, and has garnered over 300,000 Instagram followers in the process – one of the highest social media followings for a non-Drag Race queen.

For our upcoming September issue, Hungry spills some T on RuPaul’s Drag Race, and dissects the ‘dangers’ of appearing as a contestant on the acclaimed reality series.

“Drag Race is generally quite dangerous at this point. It gives this perception of how drag is supposed to be and how people’s skills are viewed,” she tells us.

Hungry then explains that queens who are eliminated early are considered by the passionate fanbase to be “bad at drag”. “Just because they weren’t good TV, or they couldn’t adapt to what this reality TV programme is about.”

She adds: “It becomes really dangerous because it is bad for their career, and for a lot of them, it turns into somewhat of a curse. It doesn’t leave them.

“Of course, the network wants to bring good TV, but then it also should take care of what the queens take home with them, and it’s a great programme, but it could teach a bit more about the aspects of drag.”

Hungry then admits that she’s happy to not be involved, but wouldn’t rule out an appearance if the show “changed”.

Elsewhere in our cover interview, Hungry opens up about her influences and inspirations, the Berlin drag scene, and what it was like to work with Icelandic icon Bjork for her acclaimed studio album, Utopia.

You can pre-order Hungry’s Gay Times cover issue from our online store here.