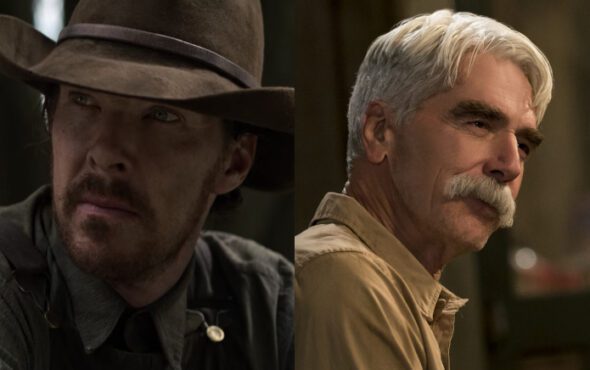 Benedict Cumberbatch has hit back at Sam Elliott for slamming “allusions to homosexuality” in his movie, The Power of the Dog.

The film stars Cumberbatch as Phil Burbank, a “sadistic rancher” who gets into a relationship with Peter (Kodi Smit-McPhee).

“You want to talk about the piece of shit,” said Elliott when asked about The Power of the Dog during an appearance on the WTF with Marc Maron podcast.

“That’s what all these fucking cowboys in that movie look like,” Elliott added, appearing to mock the characters. “They’re all running around in chaps and no shirts.”

The Lifeguard star then criticised what he viewed as “all these allusions to homosexuality throughout the fucking movie.”

Elsewhere in the podcast episode, which was released on 28 February, Elliott criticised director Jane Campion and questioned what she knows “about the American West”.

Cumberbatch was asked about the relevance of characters like the one he portrayed as part of the BAFTA Film Sessions, which led to him appearing to respond to Elliott’s controversial comments.

“I’m trying very hard not to say anything about a very odd reaction that happened the other day on a radio podcast over here,” he said. “Without meaning to stir over the ashes of that… someone really took offence to – I haven’t heard it so it’s unfair for me to comment in detail on it – to the West being portrayed in this way.”

The 45-year-old added that “these people still exist in our world” and that “there is aggression and anger and frustration and an inability to control or know who you are in that moment that causes damage to that person and, as we know, damage to those around them.”

Cumberbatch also explained the importance of playing characters like Burbank.

He said: “There’s no harm in looking at a character to get to the root causes of that.

“This is a very specific case of repression, but also due to an intolerance for that true identity that Phil is that he can’t fully be.

“The more we look under the hood of toxic masculinity and try to discover the root causes of it, the bigger chances we have of dealing with it when it arises with our children.”

The Power of the Dog was released on 17 November with a very limited theatrical run before being made available on Netflix on 1 December.

You can view the trailer below or by clicking here.