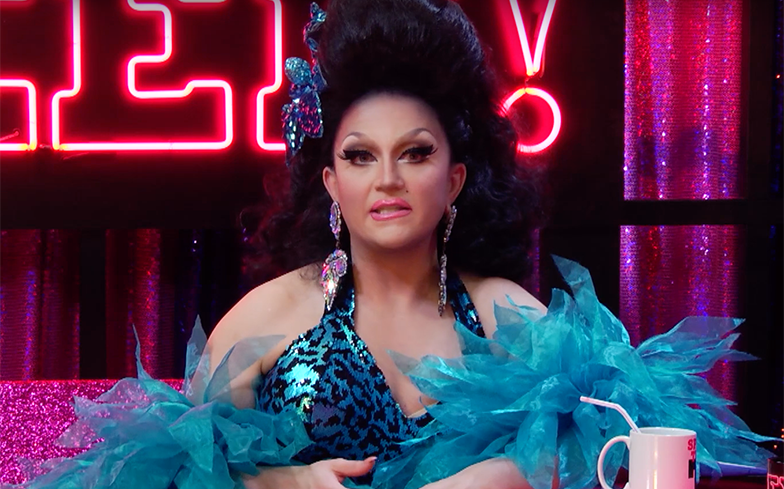 “That is an exhausting production to be a part of.”

Last year, season six fan-favourite BenDeLaCreme made her comeback on the third season of Drag Race All Stars, and gagged the whole internet when she chose to eliminate herself in the sixth episode, despite winning a record-breaking five challenges.

At the time, the Miss Congeniality said she wanted to leave the show because she already felt “like a winner”.

“I kind of left because I was over the produced drama,” she explained. “That is an exhausting production to be a part of.”

BenDeLa also admitted to why she decided not to vote for Shangela during the jury twist.

“I can’t speak for the group, but I think to a certain degree, we had all just been through it,” she said. “At least if you’re still in the competition, your adrenaline is going, we were all just over it.”

She continued further: “I didn’t wanna vote, but I did. They told me I had to. My resolve was worn down. How many times do you have the energy to walk off Drag Race? So basically for me, it came down to the fact that we had those four little meetings. “Two people talked to me like we were all the same people that we’d been, for a month, just being humans. And two people gave me the speeches that they prepared for the judges on the runway. That’s a fine thing, and that’s a good a shot as any.

“But that’s what they tried, and for me personally, you don’t need to give me the Miss America speech, we’ve all been in this together. Just talk to me. Was that the right way to vote in that moment? I don’t know. It’s how I voted.”

After BenDeLa left the series, Morgan McMichaels, Bebe Zahara Benet, Shangela, Kennedy Davenport and Trixie Mattel advanced to the top five, with the latter two being voted by the jury as the the top two All Stars of the season.

It was highly controversial among fans, who pegged Shangela as the undeniable frontrunner for the crown, due to the fact she won more challenges and lip syncs than the rest of her competitors.

After Kennedy and Trixie lip synced for the crown, Trixie was deemed the winner and was inducted into the Drag Race Hall of Fame alongside Chad Michaels and Alaska Thunderfuck.

Watch the clip of BenDeLaCreme discussing her elimination and the jury twist for Hey Qween below.

Related: 10 of the best “OPPALANCE” memes from Drag Race season 11.

Related: Farrah Moan is not here for your criticism: “Walk a mile in my motherf**king Louboutins”.