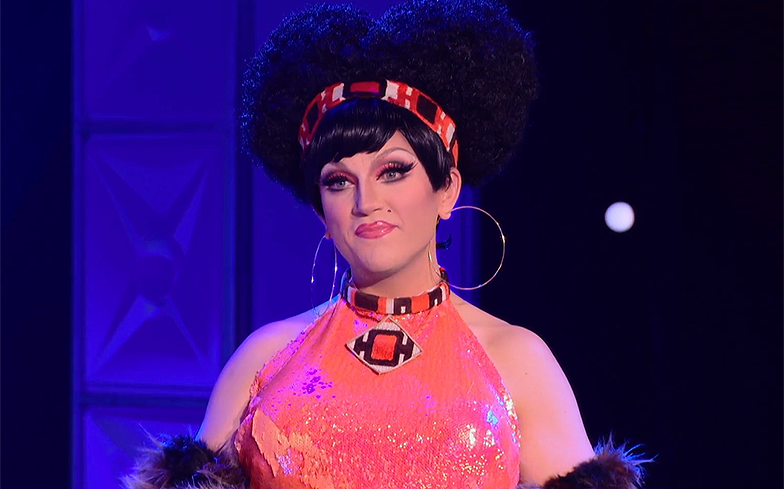 “I’m not Jasmine Masters, but I’ve still got some stuff to say.”

All Stars 3 queen BenDeLaCreme has unleashed a fiery rant towards “fans” of RuPaul’s Drag Race.

The terminally delightful queen addressed the online hatred from viewers following the All Stars 3 finale, which saw Trixie Mattel triumph over Kennedy Davenport, Shangela and Bebe Zahara Benet, in a gag-worthy scenario where eliminated queens voted for the top two.

“I’m not Jasmine Masters, but I’ve still got some stuff to say,” said Ben. “Tonight is an exciting night for a whole new crop of queens, and I want to celebrate them. But you may have noticed I have not yet congratulated the winner of All Stars 3. Or weighed in on the final episode at all.

“In fact, I’ve steered clear of social media for the last week. Not because I have nothing to say, but because I have discovered that anything I say will lead to an attack from a small but vocal minority of “fans” who have been using social media to harass and bully the queens.

Related: Exclusive: BenDeLaCreme on the future of Drag Race, All Stars 4, and her thoughts on RuPaul’s apology…

“If you have tweeted, commented, posted or DMed anything negative to any of the queens, this message is for you. Try and stick with it — it’s more than 140 characters.”

Ben hit out at those who criticised her departure on the show, which saw the comedy queen eliminate herself after securing her record-breaking fifth win – a feat not accomplished by any other queen. She explained the reason behind her decision, and told fans that she had “no plan” to leave.

“I saw an opportunity to make a statement to the producers, and in turn to you, the viewer. And also to myself. Stop accepting what “authority figures” have told you you have to do. You do not have to consent to compromising your values or personal boundaries, whatever they may be. You do not have to push people down to lift yourself up. This society has indoctrinated us with certain beliefs at a great cost to our own humanity.

“Some of you are angry I questioned those beliefs. If those beliefs can’t withstand questioning, then they are not structurally sound. I’m disappointed with those who can’t see through the smoke and mirrors to the heart of drag, which is a message of love and inclusivity.”

She then addressed her “controversial” decision of not voting for Shangela in the finale, which saw fans attack her for being “fake”.

“I’d also like to address this concept of being “fake” or “calculating.” If being “fake” means not thinking or feeling the same way in one moment than you thought or felt in a different moment, then lord help us all. If being “calculating” is thinking through your words and actions and modeling the behavior you would like to see in the world, even when it is difficult, then I hope more of you will become calculating.

“I love and respect Trixie. I love and respect Shangela. And all of the queens. I don’t think those who have not been through the reality TV machine will ever understand what the experience is like and how that might affect choices and actions in any given moment.

“Recognize that this show is a platform for all of these queens to share their work post-show. It is a stepping stone not an endgame. The crown itself has no bearing on the queens happiness, success or finances. This is evidenced by the fact that you regularly tear the winner to shreds.”

Ben concluded her post by congratulating each of the finalists for their performance on the show, and praised the “real fans” of Drag Race, “the ones who actually show love and support.”