Ben Platt: ‘We should be doing everything in our power to cast queer actors in queer roles’ 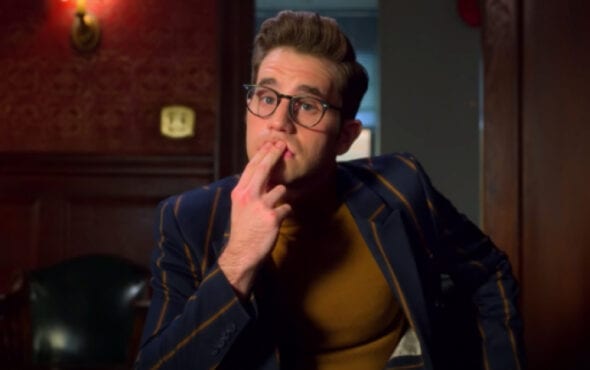 Ben Platt has weighed in on the debate about whether straight actors should be cast in gay roles.

Speaking with NME about his upcoming comedy film The People We Hate at the Wedding, which also stars Oscar winner Allison Janney and Schitt’s Creek favourite Annie Murphy, the star said he’s looking forward to the role for a particular reason.

“It’s a gay character, which isn’t something I’ve done very often,” he started. “It’s something I really have wanted to do, just because I’m liking seeing more and more queer actors telling their own stories.”

His comments echo the views of It’s a Sin writer Russell T Davies, who recently said queer actors should always be cast in queer roles. Speaking with Radio Times, the creator compared a straight actor playing a gay role to blackface.

“It’s about authenticity, the taste of 2020,” he told the publication. “You wouldn’t cast someone able-bodied and put them in a wheelchair, you wouldn’t black someone up. Authenticity is leading us to joyous places.”

Platt said he “largely” agrees with Davies’ comments but doesn’t have a “black and white answer” to the long-standing debate, which has seen various celebrities speak out, including Cate Blanchett, Billy Porter and Darren Criss.

“I feel like the attitude should be, wherever possible, especially if the story is really rooted in a queer background or is [fundamentally] a queer story like It’s a Sin, we should be doing everything in our power to cast queer actors,” he said.

“Because often, just in terms of judgement from creators and casting directors, we [queer performers] aren’t able to tell straight stories or play straight characters,” he said.

Platt continued to explain that this is “not necessarily the right narrative to move forward” and that it would be “lovely to continue celebrating people who are queer and gay and playing who they are”.

“I think it’s about leaning into that until we reach a bit more of an equilibrium,” he added. You can read Platt’s full interview with NME here. Ewan McGregor recently addressed the debate after receiving backlash for his role as gay fashion designer Halston in the upcoming Netflix mini-series of the same name, which hails from queer mastermind Ryan Murphy.

In his interview with The Hollywood Reporter, McGregor responded to comments from Porter in which the Pose star said it is “enraging” to see straight men being praised for playing queer characters.

“I hear the discussion and I respect both sides of it, I really do. I haven’t walked in Billy Porter’s shoes. I don’t know what it’s like to lose out on parts when you might feel it’s to do with your sexuality. So I can only respect his point of view,” he said.