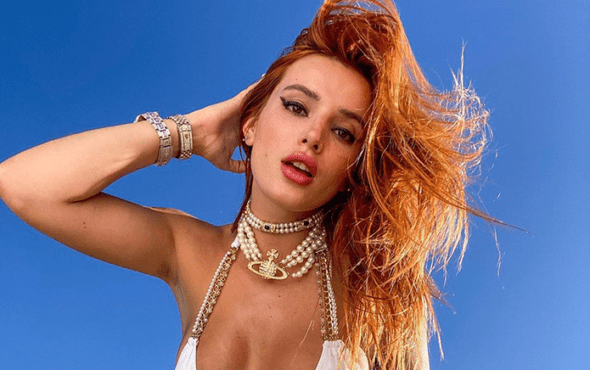 The actress and former GAY TIMES cover star earned over $1 million through revenue on the subscription-based social platform, just 24 hours after launching her account. Since joining last week, she’s reportedly made $2 million.

The subscription service, which is primarily used for those within the adult entertainment industry, has revolutionised the way social media influencers engage with their followers. It’s recently attracted more celebrities to join such as Blac Chyna, Cardi B and Shea Couleé.

According to her reps, Thorne responds to every DM from her followers on the platform, which she joined to share personal content and never-before-seen photos and videos. The actress later clarified that she’s “not doing nudity”.

In an interview with LA Times, Thorne revealed that she will be documenting her success on OnlyFans in an upcoming, autobiographical-esque film, in which she will also star. “It’s a feature we are researching as I’m living it currently,” she said.

Although the film is “very early in its development”, filmmaker, screenwriter and producer Sean Baker – who’s received critical acclaim for indie films such as Starlet, Tangerine and The Florida Project – has signed on as director.

It will explore frequently asked questions about the service, such as, “What are the ins and outs? What does a platform like this do to its users? What’s the connective material between your life and your life inside the world of OnlyFans?

“How can it change your life for the worse and the better? How far are you willing to go, and how far do you want to go?”

Thorne added: “You can be me, or this talented girl from Montana, and OnlyFans could change your life – if you want it to, of course.”

You can sign up to Bella Thorne’s OnlyFans here for $16.